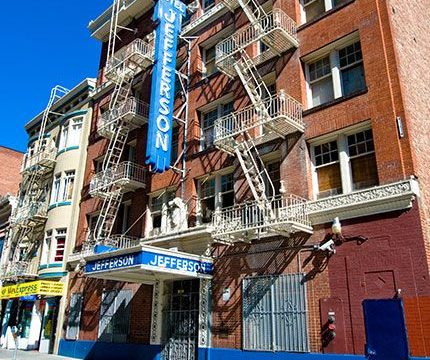 The Jefferson Hotel was built in 1906 and has since been featured in several television shows and films (Nash Bridges, 1996-2001, Pursuit of Happiness, 2006, Tales of the City, 2019). THC began operating the Jefferson in 1999, opening 108 units of permanent supportive housing to formerly homeless adults. Tenants are referred to the Jefferson through San Francisco’s Adult Coordinated Entry system.