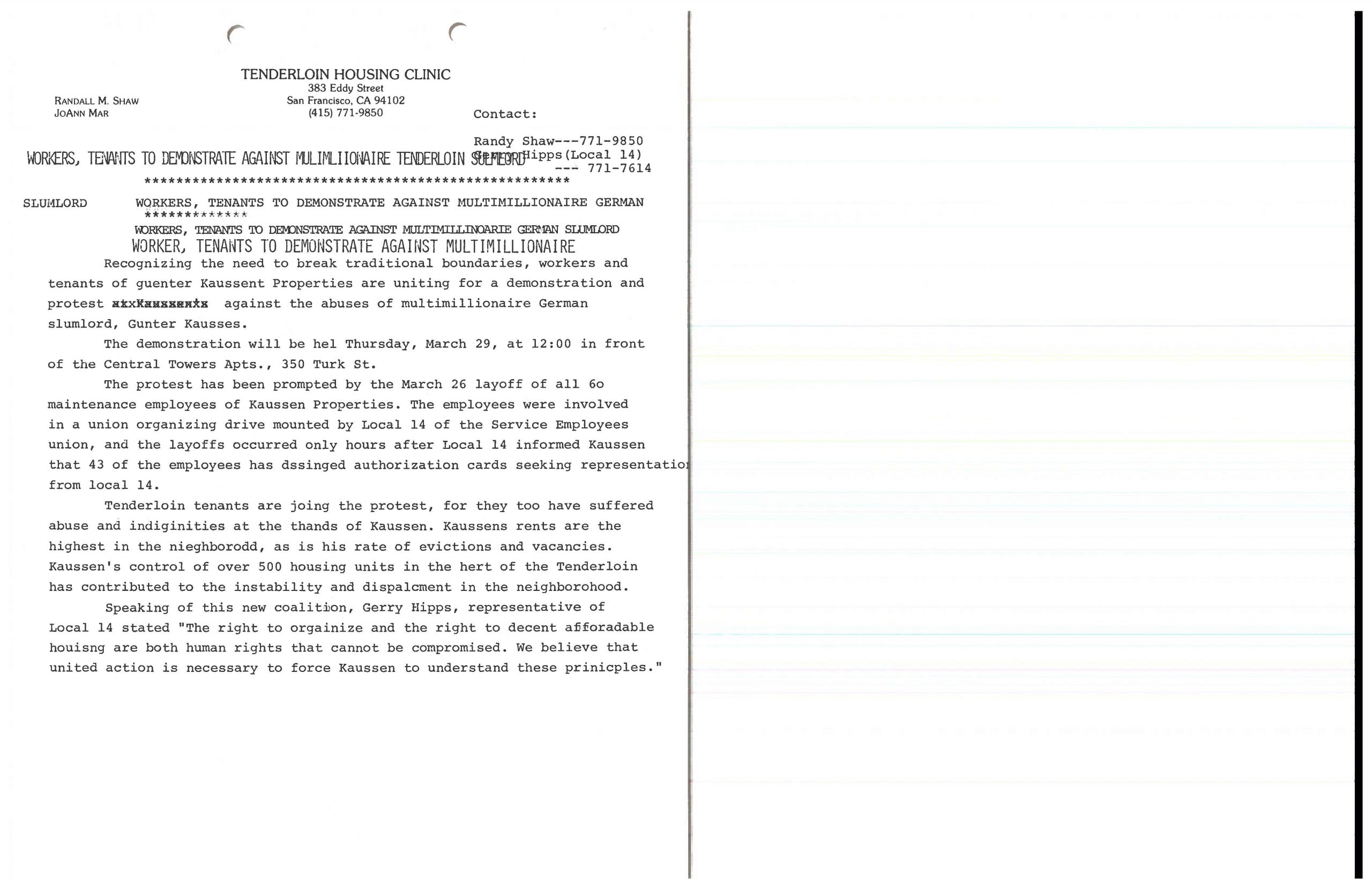 WORKER, TENANTS TO DEMONSTRATE AGAINST MULTIMILLIONAIRE

Recognizing the need to break traditional boundaries, workers and tenants of Guenter Kaussen Properties are uniting for a demonstration and protest against the abuses of multimillionaire German slumlord, Guenter Kaussen.

The protest has been prompted by the March 26 layoff of all 60 maintenance employees of Kaussen Properties. The employees were involved in a union organizing drive mounted by Local 14 of the Service Employees union, and the layoffs occurred only hours after Local 14 informed Kaussen that 43 of the employees had signed authorization cards seeking representation from local 14.

Tenderloin tenants are joining the protest, for they too have suffered abuse and indiginities at the hands of Kaussen. Kaussens rents are the highest in the neighborhood, as is his rate of evictions and vacancies. Kaussen’s control of over 500 housing units in the heart of the Tenderloin has contributed to the instability and displacement in the neighborhood.

Speaking of this new coalition, Gerry Hipps, representative of Local 14 stated “The right to organize and the right to decent affordable housing are both human rights that cannot be compromised. We believe that united action is necessary to force Kaussen to understand these principles.”