Religious Leaders’ National Call for Action on Housing continues to push leaders in Washington, DC to use the $5 billion FHA surplus for affordable housing. 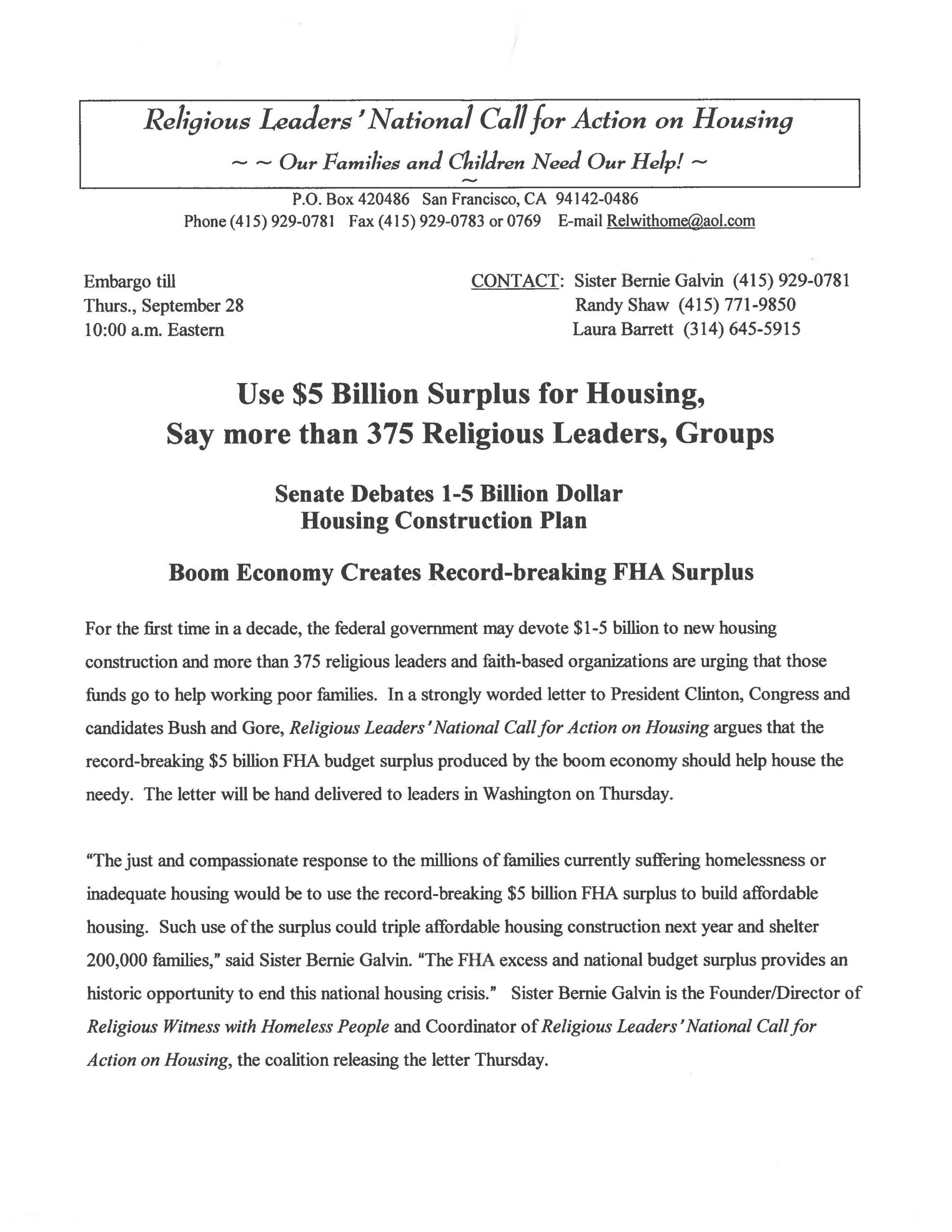 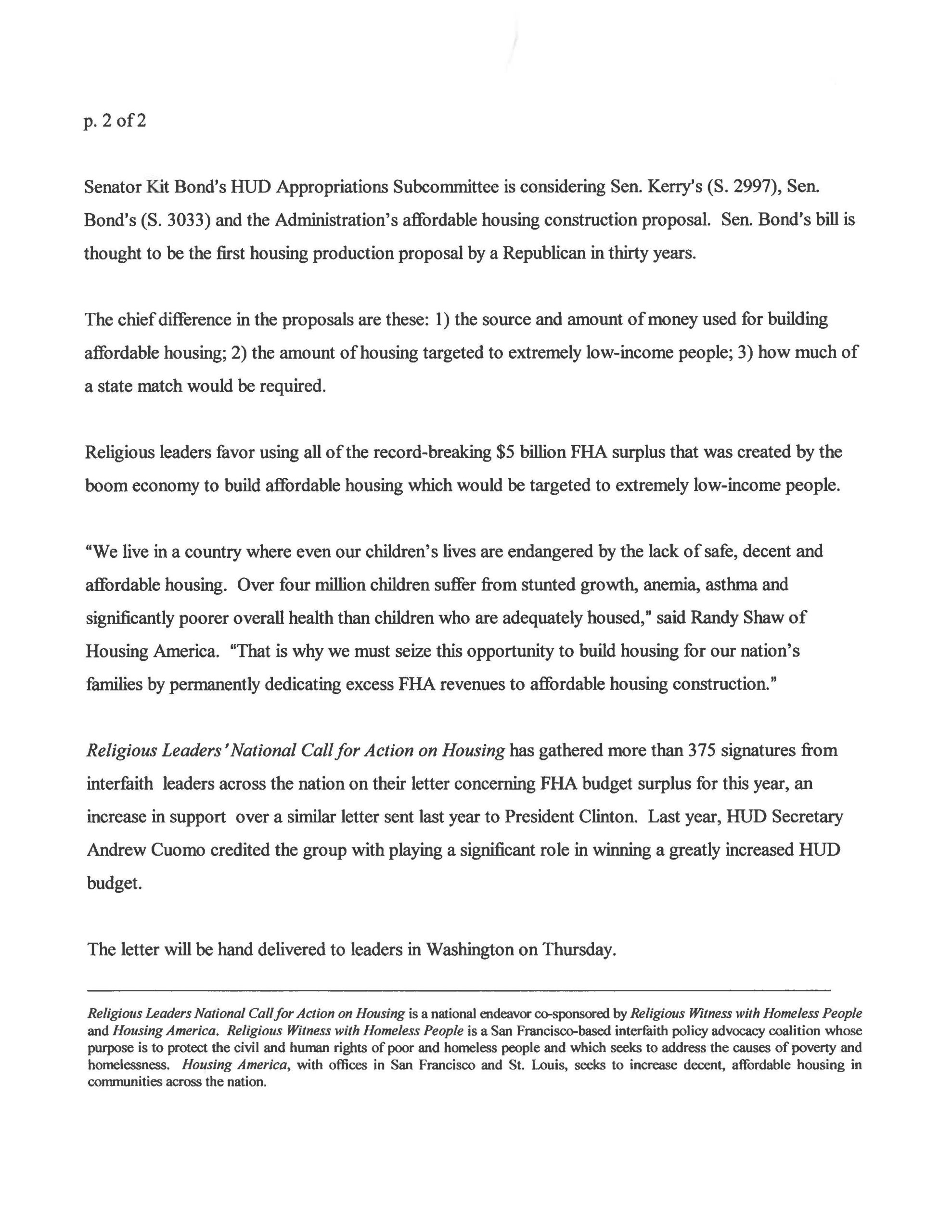 For the first time in a decade, the federal government may devote $1-5 billion to new housing construction and more than 375 religious leaders and faith-based organizations are urging that those funds go to help working poor families. In a strongly worded letter to President Clinton, Congress and candidates Bush and Gore, Religious Leaders ‘National Call for Action on Housing argues that the record-breaking $5 billion FHA budget surplus produced by the boom economy should help house the needy. The letter will be hand delivered to leaders in Washington on Thursday.

“The just and compassionate response to the millions of families currently suffering homelessness or inadequate housing would be to use the record-breaking $5 billion FHA surplus to build affordable housing. Such use of the surplus could triple affordable housing construction next year and shelter 200,000 families,” said Sister Bernie Galvin. “The FHA excess and national budget surplus provides an historic opportunity to end this national housing crisis.” Sister Bernie Galvin is the Founder/Director of Religious Witness with Homeless People and Coordinator of Religious Leaders ‘National Call for Action on Housing, the coalition releasing the letter Thursday.

The chief differences in the proposals are these: 1) the source and amount of money used for building affordable housing; 2) the amount of housing targeted to extremely low-income people; 3) how much of a state match would be required.

Religious leaders favor using all of the record-breaking $5 billion FHA surplus that was created by the boom economy to build affordable housing which would be targeted to extremely low-income people.

“We live in a country where even our children’s lives are endangered by the lack of safe, decent and affordable housing. Over four million children suffer from stunted growth, anemia, asthma and significantly poorer overall health than children who are adequately housed,” said Randy Shaw of Housing America. “That is why we must seize this opportunity to build housing for our nation’s families by permanently dedicating excess FHA revenues to affordable housing construction.”

Religious Leaders ‘National Call for Action on Housing has gathered more than 375 signatures from interfaith leaders across the nation on their letter concerning FHA budget surplus for this year, an increase in support over a similar letter sent last year to President Clinton. Last year, HUD Secretary Andrew Cuomo credited the group with playing a significant role in winning a greatly increased HUD budget.

The letter will be hand delivered to leaders in Washington on Thursday.

Religious Leaders National Call for Action on Housing is a national endeavor co-sponsored by Religious Witness with Homeless People and Housing America. Religious Witness with Homeless People is a San Francisco-based interfaith policy advocacy coalition whose purpose is to protect the civil and human rights of poor and homeless people and which seeks to address the causes of poverty and homelessness. Housing America, with offices in San Francisco and St. Louis, seeks to increase decent, affordable housing in communities across the nation.