Housing advocates in St. Louis, Missouri use Housing America’s “There’s No Place Like Home” report to advocate for improved housing conditions for the 17,000 families in St. Louis living in substandard housing. 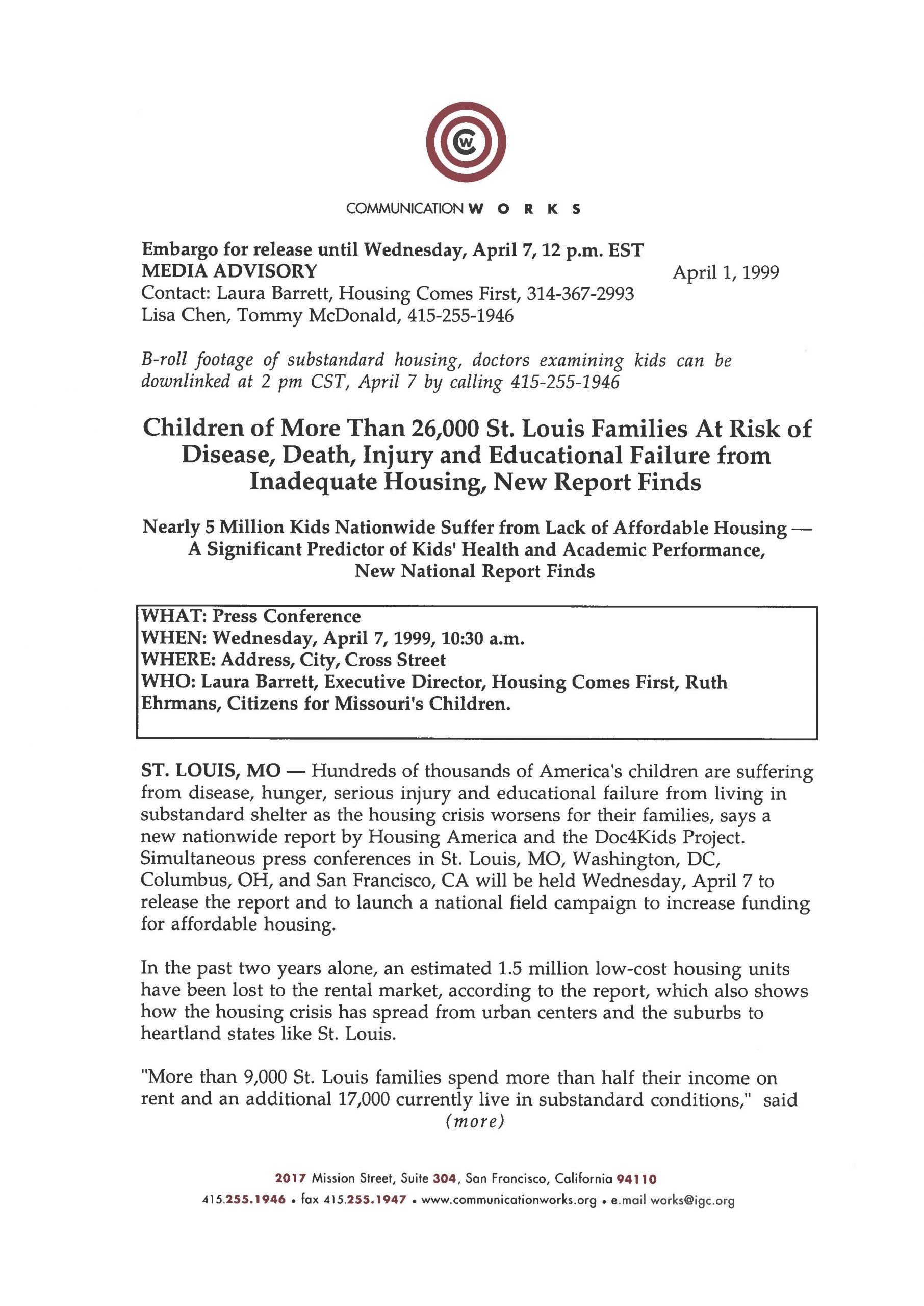 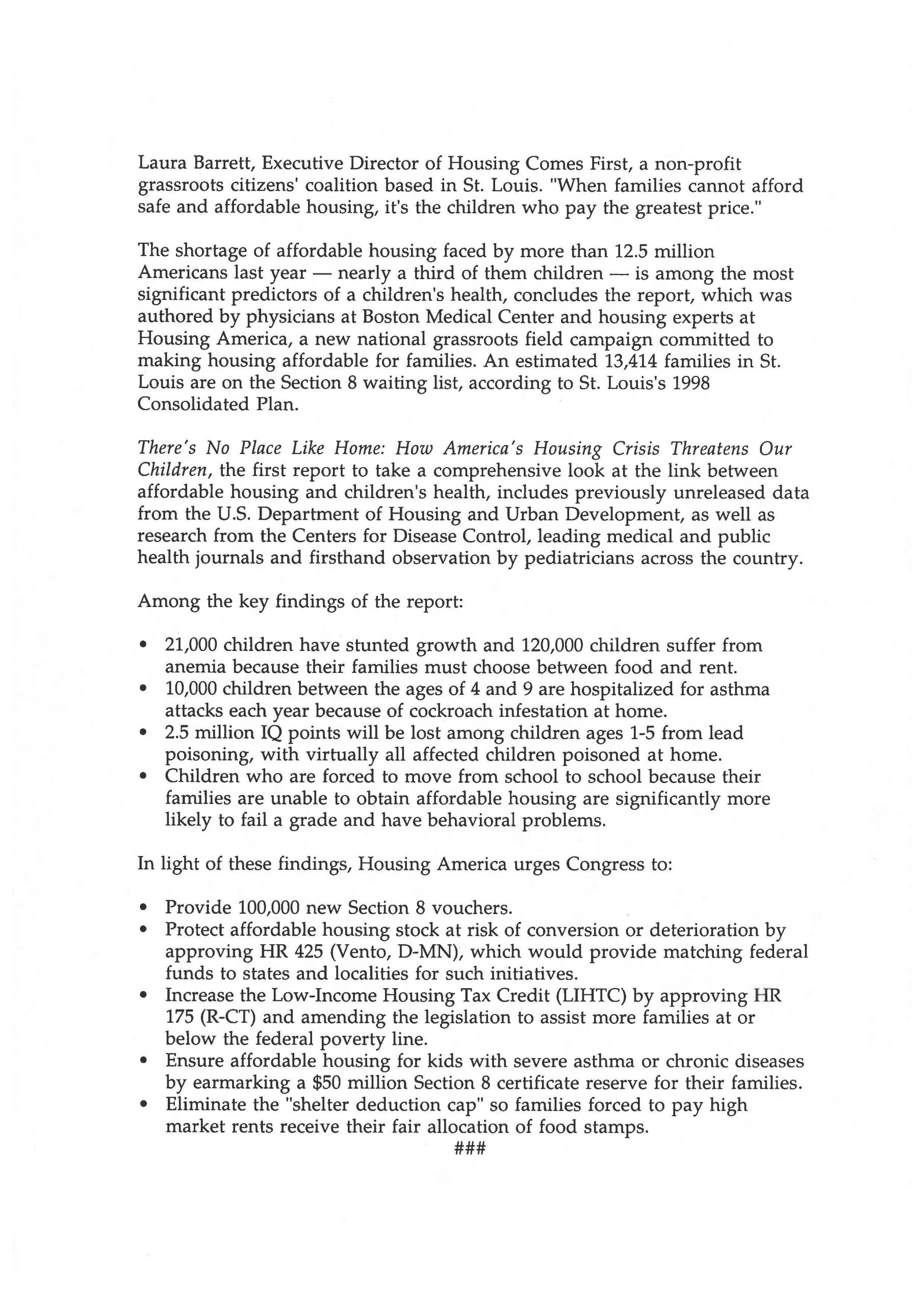 St. Louis, MO – Hundreds of thousands of America’s children are suffering from disease, hunger, serious injury, and educational failure from living in substandard shelter as the housing crisis worsens for their families, says a new nationwide report by Housing America and the Doc4Kids Project. Simultaneous press conferences in St. Louis, MO, Washington, DC, Columbus, OH, and San Francisco, CA will be held Wednesday, April 7 to release the report and to launch a national field campaign to increase funding for affordable housing.

In the past two years alone, an estimated 1.5 million low-cost housing units have been lost to the rental market, according to the report, which also shows how the housing crisis has spread from urban centers and the suburbs to heartland states like St. Louis.

“More than 9,000 St. Louis families spend more than half their income on rent and an additional 17,000 currently live in substandard conditions,” said Laura Barrett, Executive Director of Housing Comes First, a non-profit grassroots citizens’ coalition based in St. Louis. “When families cannot afford safe and affordable housing, it’s the children who pay the greatest price.”

The shortage of affordable housing faced by more than 12.5 million Americans last year — nearly a third of them children – is among the most significant predictors of a children’s health, concludes the report, which was authored by physicians at Boston Medical Center and housing experts at Housing America, a new national grassroots field campaign committed to making housing affordable for families. An estimated 13,414 families in St. Louis are on the Section 8 waiting list, according to St. Louis’s 1998 Consolidated Plan.