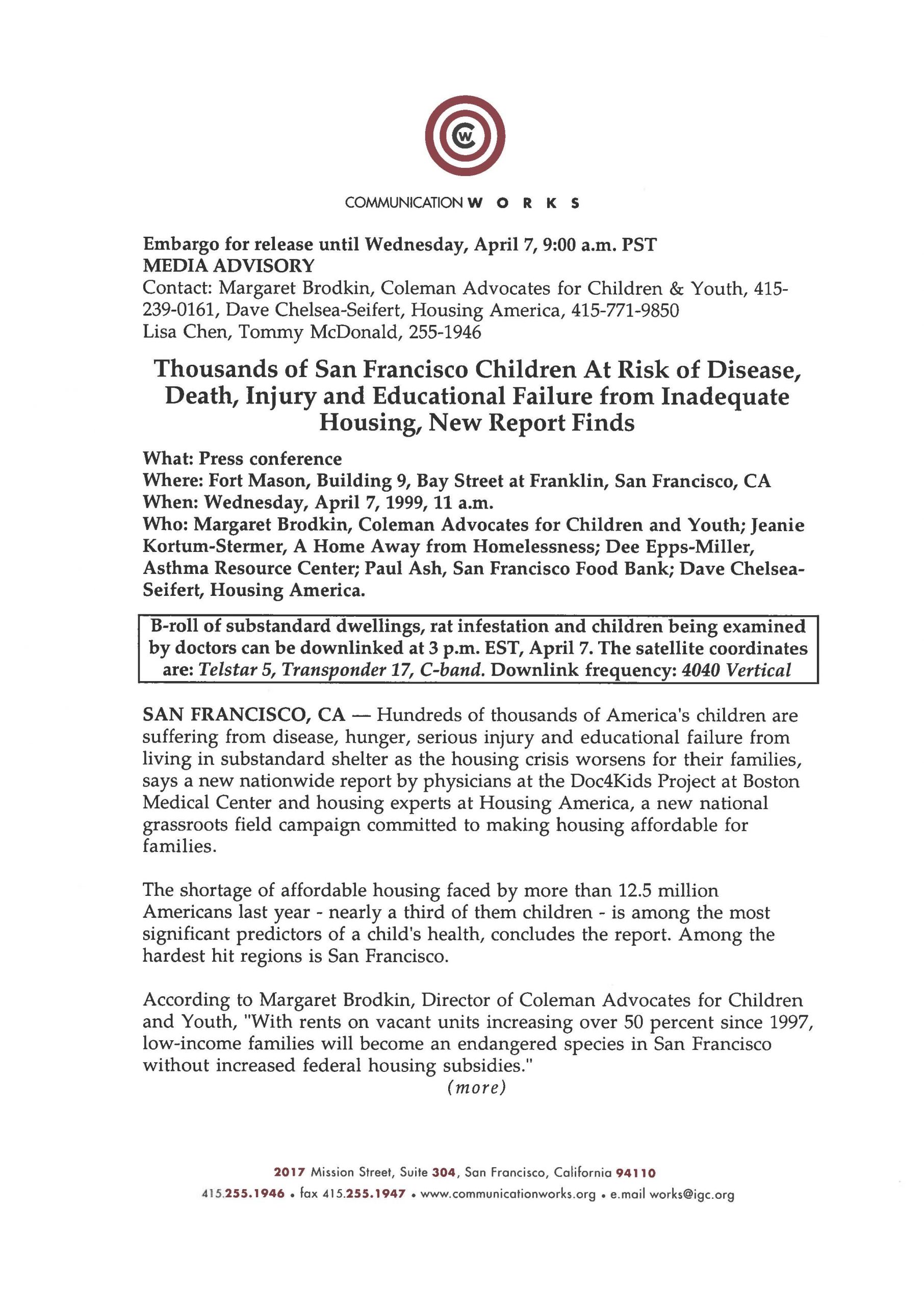 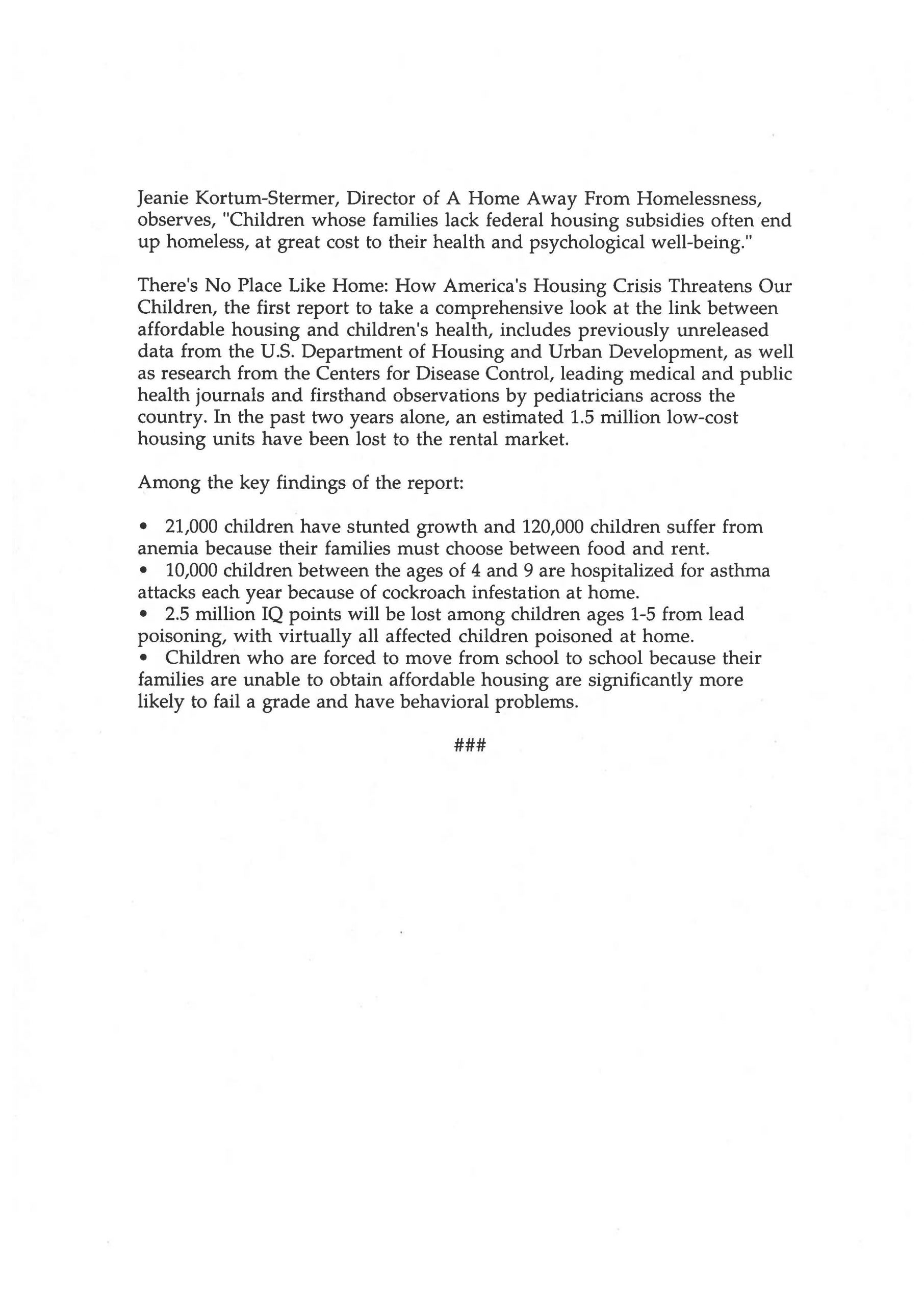 B-roll of substandard dwellings, rat infestation, and children being examined by doctors can be downlinked at 3 p.m. EST, April 7. The satellite coordinates are: Telstar 5, Transponder 17, C-band. Downlink frequency: 4040 Vertical.

San Francisco, CA – Hundreds of thousands of America’s children are suffering from disease, hunger, serious injury, and educational failure from living in substandard shelter as the housing crisis worsens for their families, says a new nationwide report by physicians at the Doc4Kids Project at Boston Medical Center and housing experts at Housing America, a new national grassroots field campaign committed to making housing affordable for families.

The shortage of affordable housing faced by more than 12.5 million Americans last year – nearly a third of them children – is among the most significant predictors of a child’s health, concludes the report. Among the hardest hit regions is San Francisco.

According to Margaret Brodkin, Director of Coleman Advocates for Children and Youth, “With rents on vacant units increasing over 50 percent since 1997, low-income families will become an endangered species in San Francisco without increased federal housing subsidies.”

Jeanie Kortum-Stermer, Director of A Home Away From Homelessness, observes, “Children whose families lack federal housing subsidies often end up homeless, at great cost to their health and psychological well-being.”

There’s No Place Like Home: How America’s Housing Crisis Threatens Our Children, the first report to take a comprehensive look at the link between affordable housing and children’s health, includes previously unreleased data from the U.S. Department of Housing and Urban Development, as well as research from the Centers for Disease Control, leading medical and public health journals and firsthand observations by pediatricians across the country. In the past two years alone, an estimated 1.5 million low-cost housing units have been lost to the rental market.