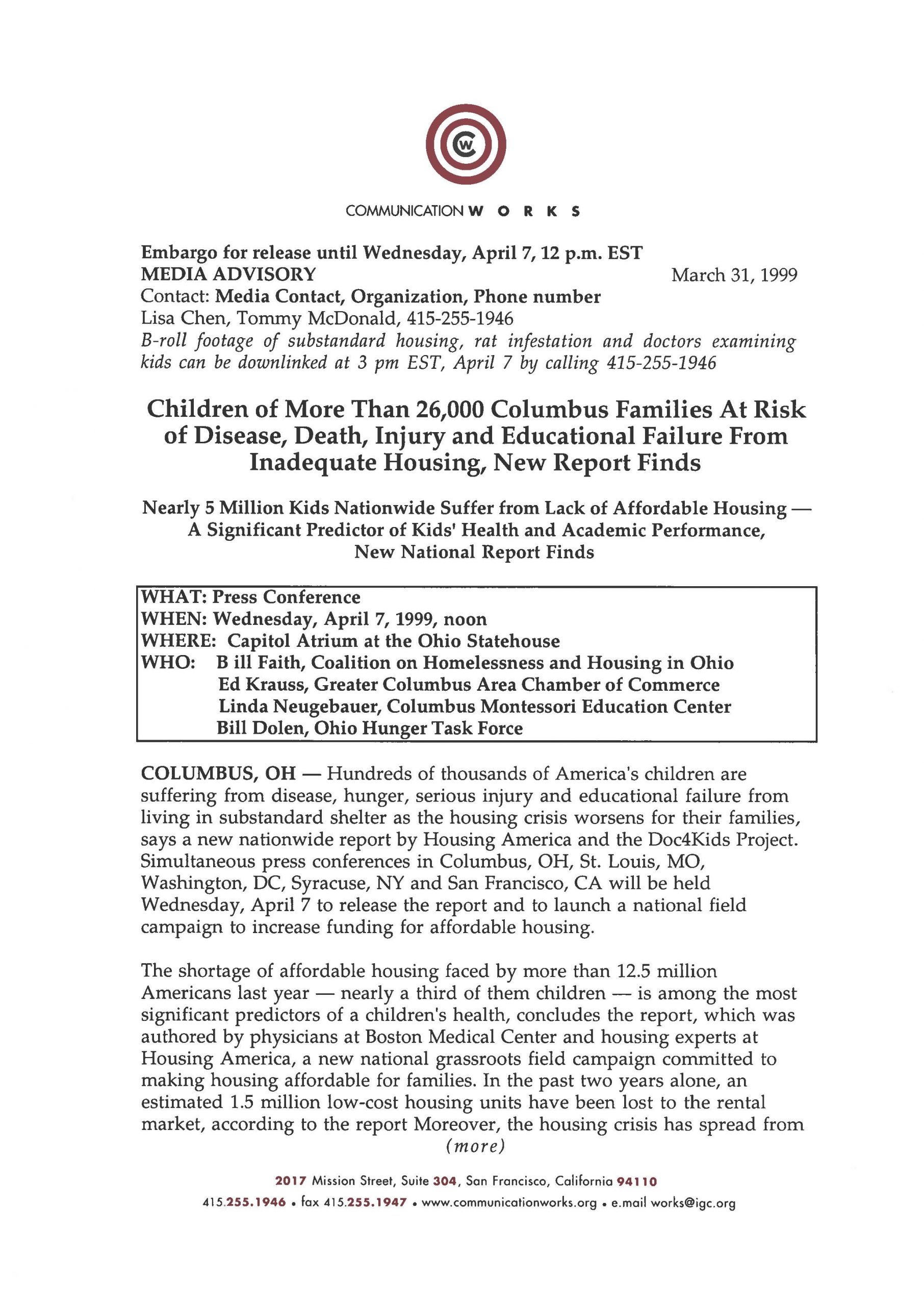 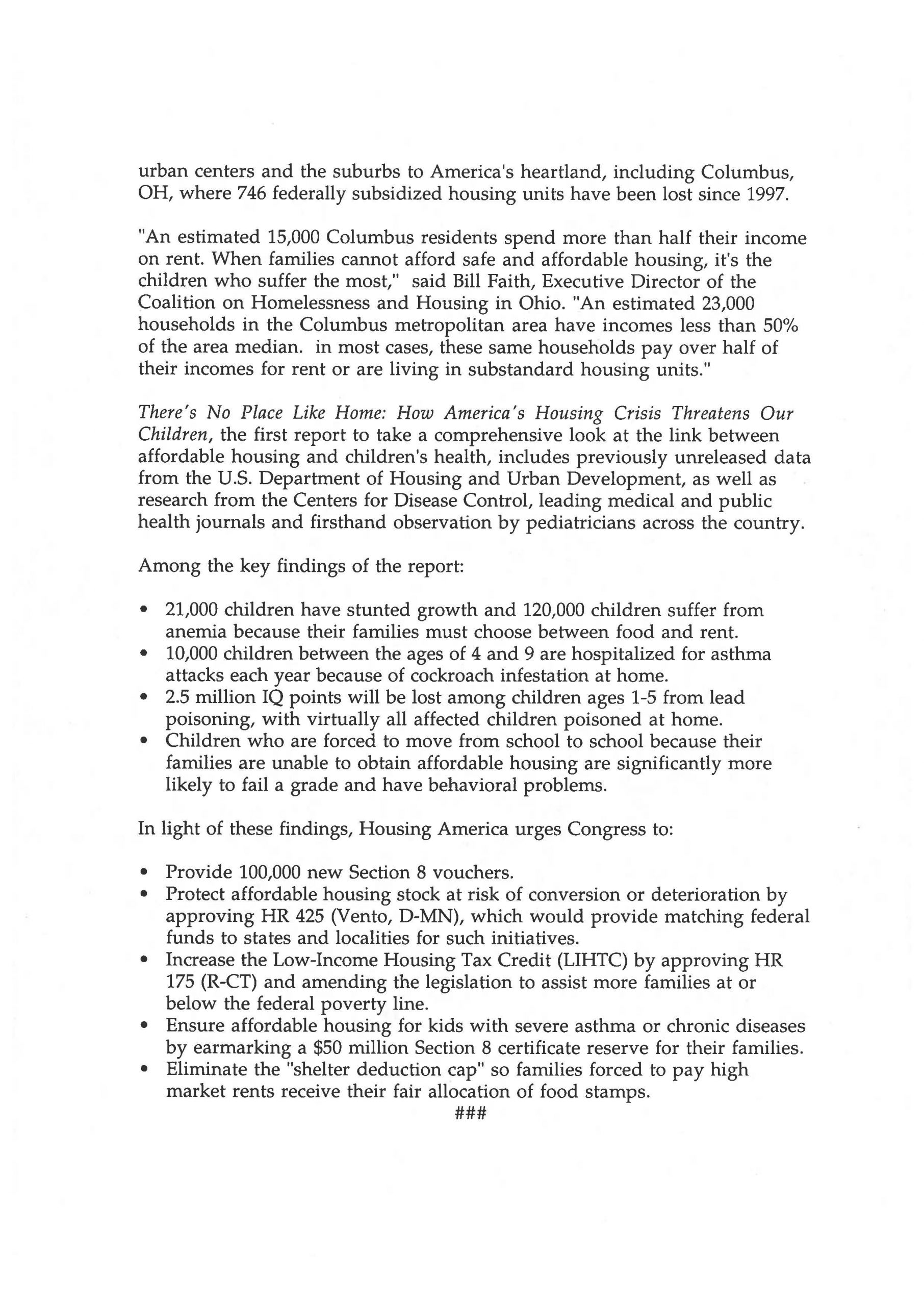 Columbus, OH — Hundreds of thousands of America’s children are suffering from disease, hunger, serious injury, and educational failure from living in substandard shelter as the housing crisis worsens for their families, says a new nationwide report by Housing America and the Doc4Kids Project. Simultaneous press conferences in Columbus, OH, St. Louis, MO, Washington, DC, Syracuse, NY and San Francisco, CA will be held Wednesday, April 7 to release the report and to launch a national field campaign to increase funding for affordable housing.

The shortage of affordable housing faced by more than 12.5 million Americans last year — nearly a third of them children — is among the most significant predictors of children’s health, concludes the report, which was authored by physicians at Boston Medical Center and housing experts at Housing America, a new national grassroots field campaign committed to making housing affordable for families. In the past two years alone, an estimated 1.5 million low-cost housing units have been lost to the rental market, according to the report. Moreover, the housing crisis has spread from urban centers and the suburbs to America’s heartland, including Columbus, OH, where 746 federally subsidized housing units have been lost since 1997.

“An estimated 15,000 Columbus residents spend more than half their income on rent. When families cannot afford safe and affordable housing, it’s the children who suffer the most,” said Bill Faith, Executive Director of the Coalition on Homelessness and Housing in Ohio. “An estimated 23,000 households in the Columbus metropolitan area have incomes less than 50% of the area median. In most cases, these same households pay over half of their incomes for rent or are living in substandard housing units.”