Warren Hinckle with the help of THC exposes the heat crisis in San Francisco’s Residential Hotels. 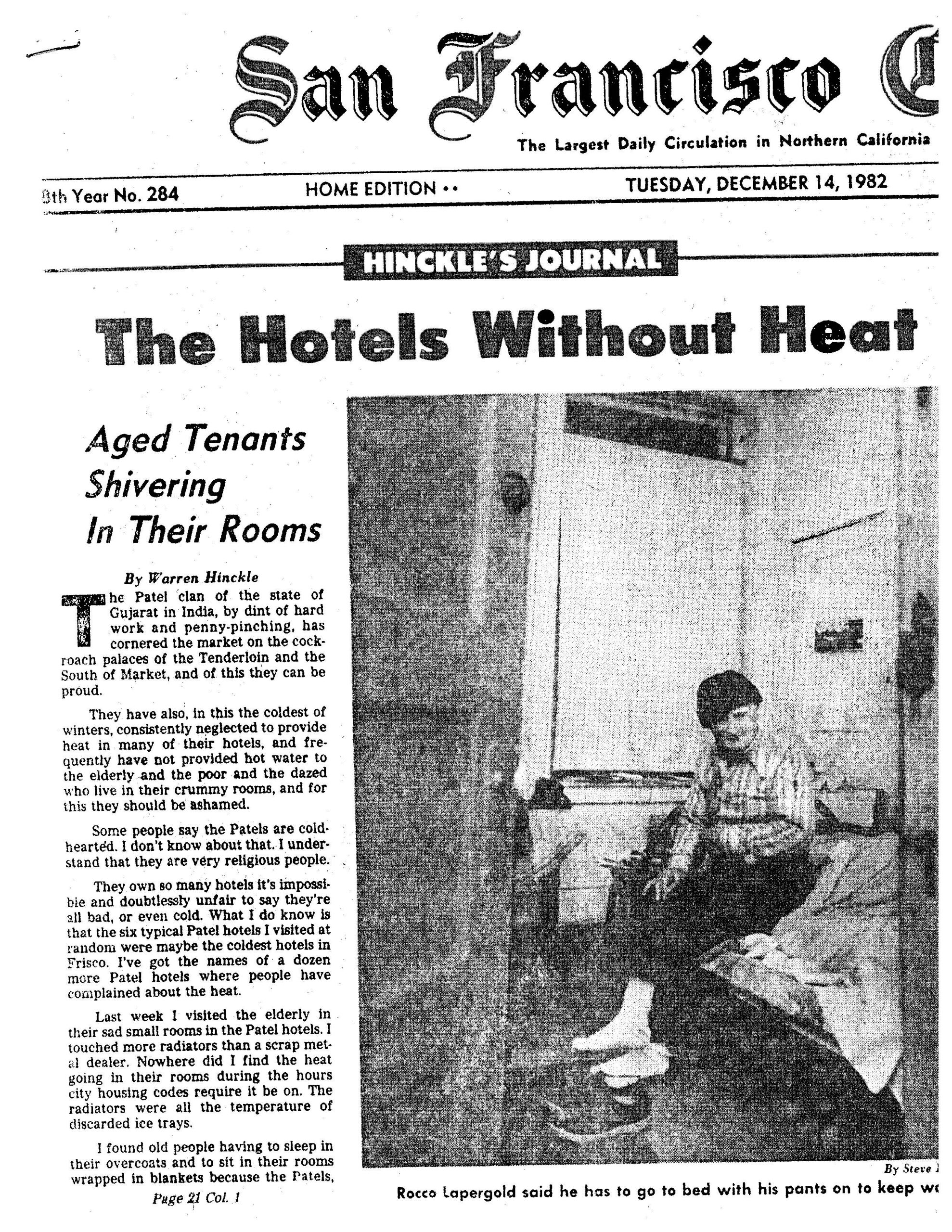 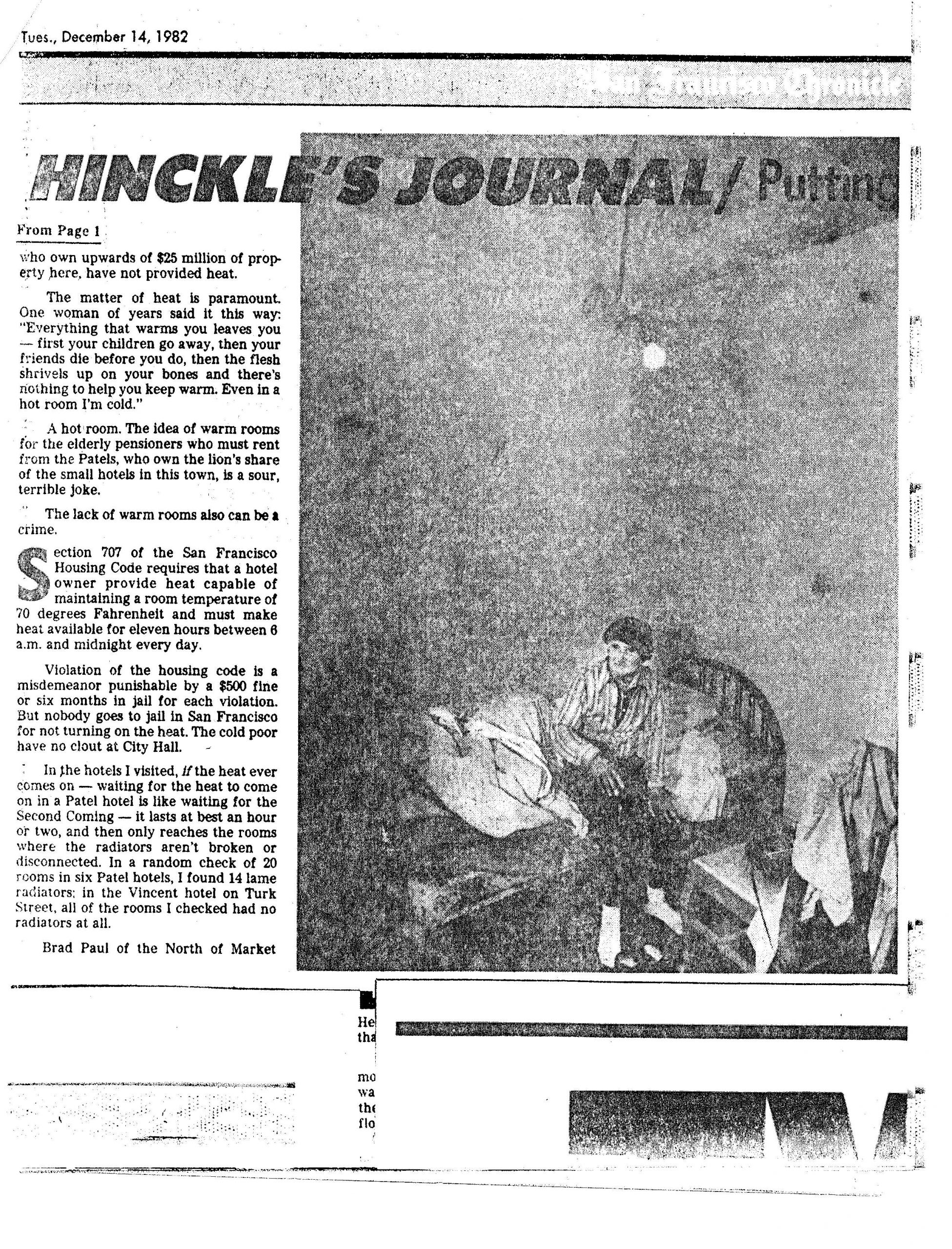 The Hotels Without Heat

Aged Tenants Shivering In Their Rooms

The Patel clan of the state of Gujarat in India, by dint of hard work and penny-pinching, has cornered the market on the cockroach palaces of the Tenderloin and the South of Market, and of this they can be proud.

They have also, in this the coldest of winters, consistently neglected to provide heat in many of their hotels, and frequently have not provided hot water to the elderly and the poor and the dazed who live in their crummy rooms, and for this they should be ashamed.

Some people say the Patels are cold-hearted. I don’t know about that. I understand that they are very religious people.

They own so many hotels it’s impossible and doubtlessly unfair to say they’re all bad, or even cold. What I do know is that the six typical Patel hotels I visited at random were maybe the coldest hotels in Frisco. I’ve got the names of a dozen more Patel hotels where people have complained about the heat.

Last week I visited the elderly in their sad small rooms in the Patel hotels. I touched more radiators than a scrap metal dealer. Nowhere did I find the heat going in their rooms during the hours city housing codes require it be on. The radiators were all the temperature of discarded ice trays.

I found old people having to sleep in their overcoats and to sit in their rooms wrapped in blankets because the Patels, who own upwards of $25 million of property here, have not provided heat.

The matter of heat is paramount. One woman of years said it this way: “Everything that warms you leaves you –first your children go away, then your friends die before you do, then the flesh shrivels up on your bones and there’s nothing to help you keep warm. Even in a hot room I’m cold.”

A hot room. The idea of warm rooms for the elderly pensioners who must rent from the Patels, who own the lion’s share of the small hotels in this town, is a sour, terrible joke.

The lack of warm rooms also can be a crime.

Section 707 of the San Francisco Housing Code requires that a hotel owner provide heat capable of maintaining a room temperature of 70 degrees Fahrenheit and must make heat available for eleven hours between 6 a.m. and midnight every day.

Violation of the housing code is a misdemeanor punishable by a $500 fine or six months in jail for each violation. But nobody goes to jail in San Francisco for not turning on the heat. The cold poor have no clout at City Hall.

In the hotels I visited, If the heat ever comes on — waiting for the heat to come on in a Patel hotel is like waiting for the Second Coming — it lasts at best an hour or two, and then only reaches the rooms where the radiators aren’t broken or disconnected. In a random check of 20 rooms in six Patel hotels, I found 14 lame radiators; in the Vincent Hotel on Turk Street, all of the rooms I checked had no radiators at all.