Randy Shaw advocates for Proposition G in a 1994 letter to the Editor of the San Francisco Chronicle. 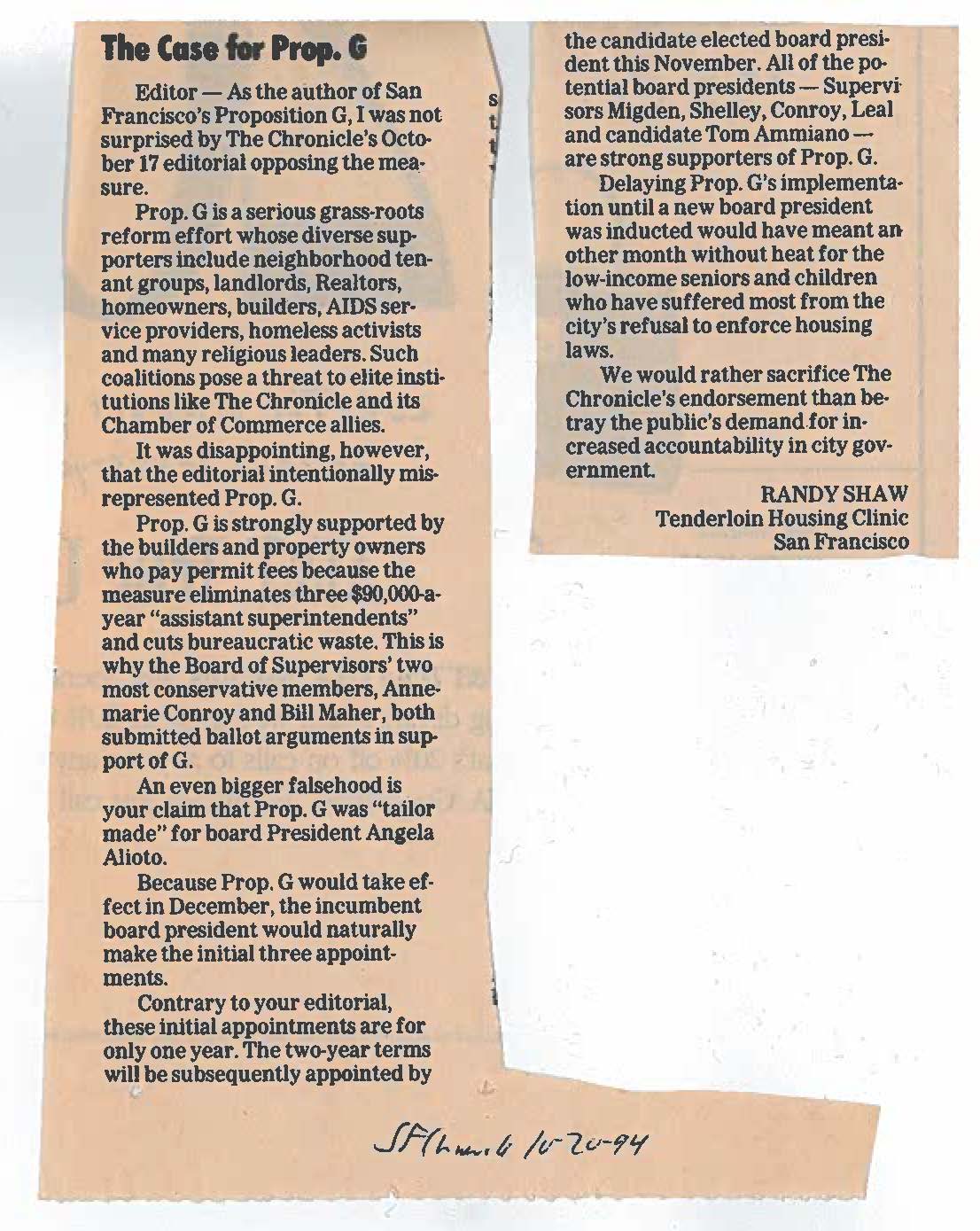 The Case for Prop. G

Editor – As the author of San Francisco’s Proposition G, I was not surprised by The Chronicle’s October 17 editorial opposing the measure.

Prop. G is a serious grass-roots reform effort whose diverse supporters include neighborhood tenant groups, landlords, Realtors, homeowners, builders, AIDS service providers, homeless activists and many religious leaders. Such coalitions pose a threat to elite institutions like The Chronicle and its Chamber of Commerce allies.

It was disappointing, however, that the editorial intentionally misrepresented Prop. G.

Prop. G is strongly supported by the builders and property owners who pay permit fees because the measure eliminates three $90,000-a-year “assistant superintendents” and cuts bureaucratic waste. This is why the Board of Supervisors’ two most conservative members, Annemarie Conroy and Bill Maher, both submitted ballot arguments in support of G.

An even bigger falsehood is your claim that Prop. G was “tailor made” for board President Angela Alioto.

Because Prop. G would take effect in December, the incumbent board president would naturally make the initial three appointments.

Contrary to your editorial, these initial appointments are for only one year. The two-year terms will be subsequently appointed by the candidate elected board president this November. All of the potential board presidents–Supervisors Migden, Shelley, Conroy, Leal and candidate Tom Ammiano– are strong supporters of Prop. G.

Delaying Prop. G’s implementation until a new board president was inducted would have meant another month without heat for the low-income seniors and children who have suffered most from the city’s refusal to enforce housing laws.

We would rather sacrifice The Chronicle’s endorsement than betray the public’s demand for increased accountability in city government.