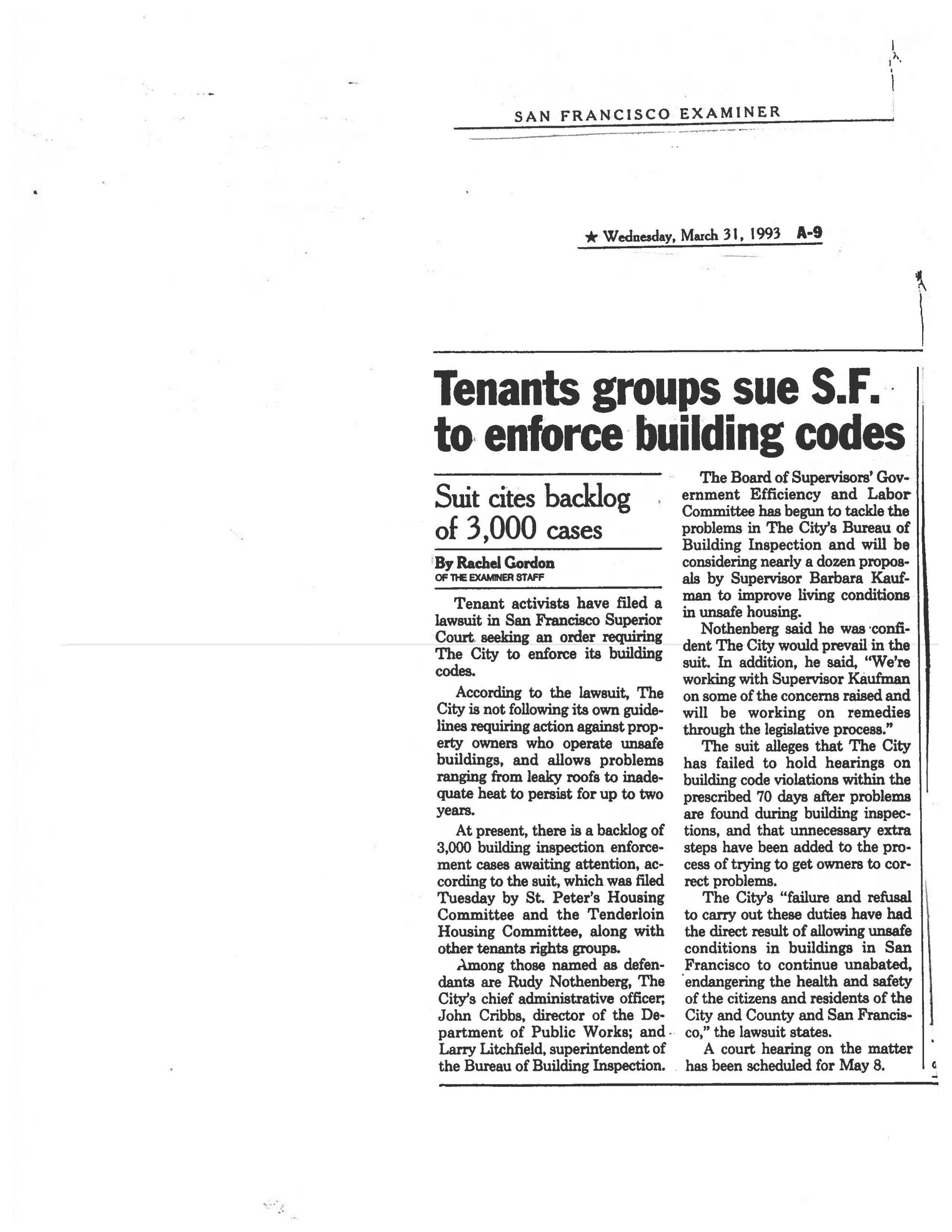 Tenant activist have filed a lawsuit in San Francisco Superior Court seeking an order requiring The City to enforce its building codes.

According to the lawsuit, The City is not following its own guidelines requiring action against property owners who operate unsafe buildings, and allows problems ranging from leaky roofs to inadequate heat to persist for up to two years.

At present, there is a backlog of 3,000 building inspection enforcement cases awaiting attention, according to the suit, which was filed Tuesday by St. Peter’s Housing Committee and the Tenderloin Housing Committee, along with other tenants rights groups.

Among those named as defendants are Rudy Nothenberg, The City’s chief administrative officer; John Cribbs, director of the Department of Public Works; and Larry Litchfield, superintendent of the Bureau of Building Inspection.

The Board of Supervisors’ Government Efficiency and Labor Committee has begun to tackle the problems in The City’s Bureau of Building Inspection and will be considering nearly a dozen proposals by Supervisor Barbara Kaufman to improve living conditions in unsafe housing.

Nothenberg said he was confident The City would prevail in the suit. In addition, he said, “We’re working with Supervisor Kaufman on some of the concerns raised and will be working on remedies through the legislative process.”

The suit alleges that The City has failed to hold hearings on building code violations within the prescribed 70 days after problems are found during building inspections, and that unnecessary extra steps have been added to the process of trying to get owners to correct problems.

The City’s “failure and refusal to carry out these duties have had the direct result of allowing unsafe conditions in buildings in San Francisco to continue unabated, endangering the health and safety of the citizens and residents of the City and County and San Francisco,” the lawsuit states.

A court hearing on the matter has been scheduled for May 8.