Low-income San Franciscans who live in dangerous, filthy residential hotels could get some relief from changes in the city’s building inspection policy. 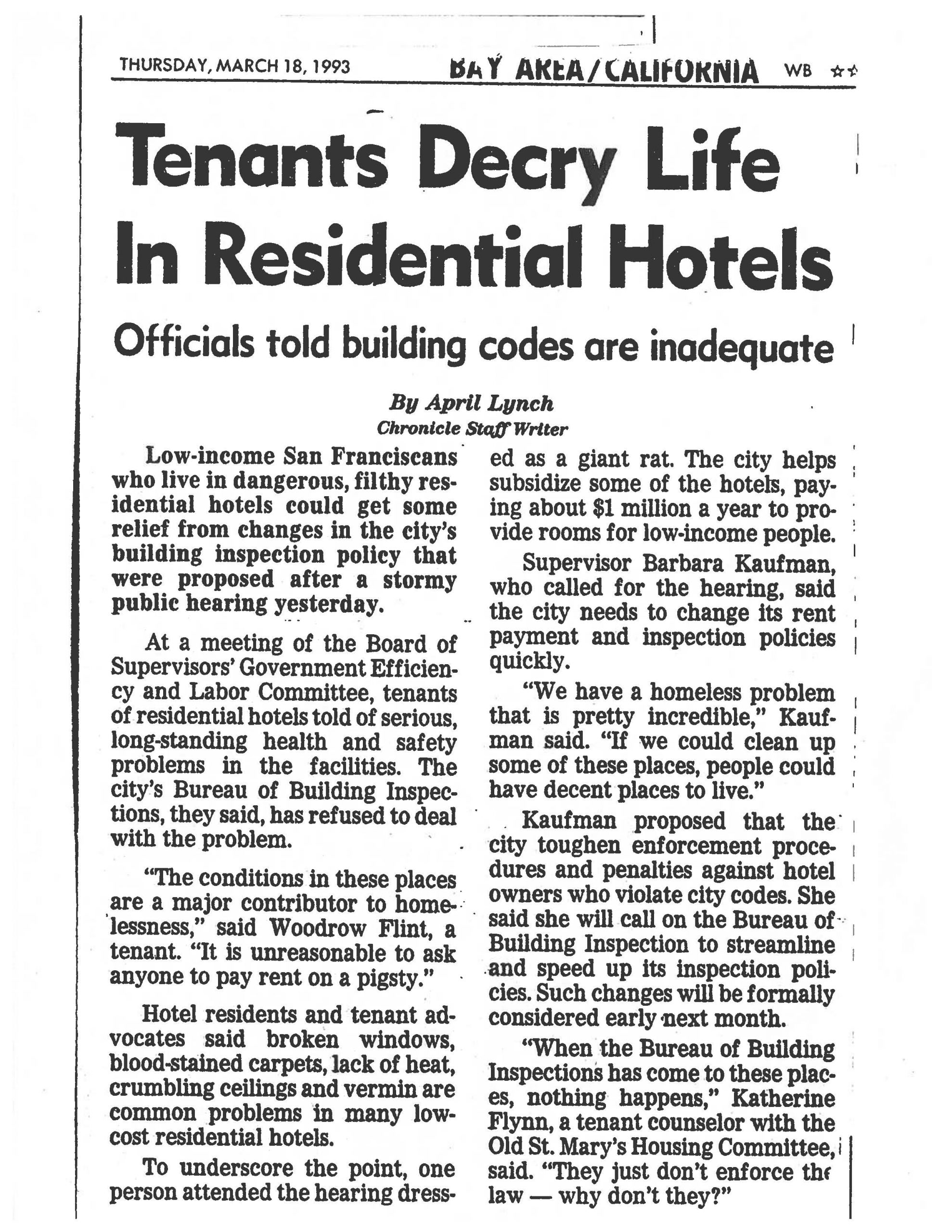 Low-income San Franciscans who live in dangerous, filthy residential hotels could get some relief from changes in the city’s building inspection policy that were proposed after a stormy public hearing yesterday.

At a meeting of the Board of Supervisors’ Government Efficiency and Labor Committee, tenants of residential hotels told of serious, long-standing health and safety problems in the facilities. The city’s Bureau of Building Inspections, they said, has refused to deal with the problem.

“The conditions in these places are a major contributor to homelessness,” said Woodrow Flint, a tenant. “It is unreasonable to ask anyone to pay rent on a pigsty.”

To underscore the point, one person attended the hearing dressed as a giant rat. The city helps subsidize some of the hotels, paying about $1 million a year to provide rooms for low-income people.

Supervisor Barbara Kaufman, who called for the hearing, said the city needs to change its rent payment and inspection policies quickly.

“We have a homeless problem that is pretty incredible,” Kaufman said. “If we could clean up some of these places, people could have decent places to live.”

Kaufman proposed that the city toughen enforcement procedures and penalties against hotel owners who violate city codes. She said she will call on the Bureau of Building Inspections to streamline and speed up its inspection policies. Such changes will be formally considered early next month.

“When the Bureau of Building Inspections had come to these places, nothing happens,” Katherine Flynn, a tenant counselor with the Old St. Mary’s Housing Committee, said. “They just don’t enforce the law – why don’t they?”