Over 20 people are given eviction notices via the Ellis Act – Although the owner of the building just bought it, they are allowed to invoke the Ellis Act to “get out the rental business”. 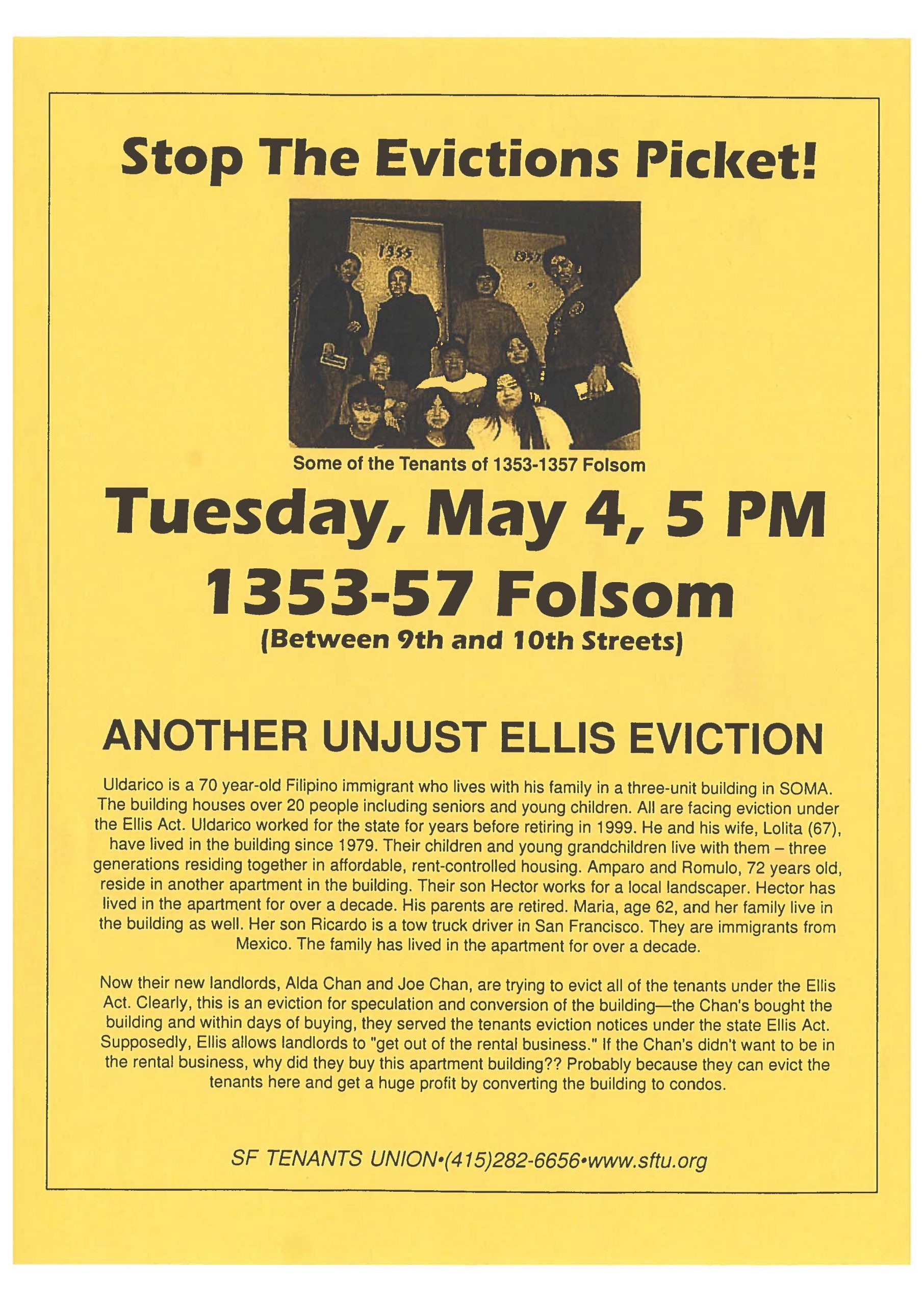 (Between 9th and 10th Streets)

Uldarico is a 70 year-old Filipino immigrant who lives with his family in a three-unit building in SOMA. The building houses over 20 people including seniors and young children. All are facing eviction under the Ellis Act. Uldarico worked for the state for years before retiring in 1999. He and his wife, Lolita (67), have lived in the building since 1979. Their children and young grandchildren live with them, three generations residing together in affordable, rent-controlled housing. Amparo and Romulo, 72 years old, reside in another apartment in the building. Their son Hector works for a local landscaper. Hector has lived in the apartment for over a decade. His parents are retired. Maria, age 62, and her family live in the building as well. Her son Ricardo is a tow truck driver in San Francisco. They are immigrants from Mexico. The family has lived in the apartment for over a decade.

Now their new landlords, Alda Chan and Joe Chan, are trying to evict all of the tenants under the Ellis Act. Clearly, this is an eviction for speculation and conversion of the building the Chan’s bought the building and within days of buying, they served the tenants eviction notices under the state Ellis Act. Supposedly, Ellis allows landlords to “get out of the rental business.” If the Chan’s didn’t want to be in the rental business, why did they buy this apartment building?? Probably because they can evict the tenants here and get a huge profit by converting the building to condos.