Tenants of THC’s Mission Hotel raised their voices in opposition to the 2001 proposed City budget that would severely affect, if not end, THC’s ability to continue operations at the Mission. 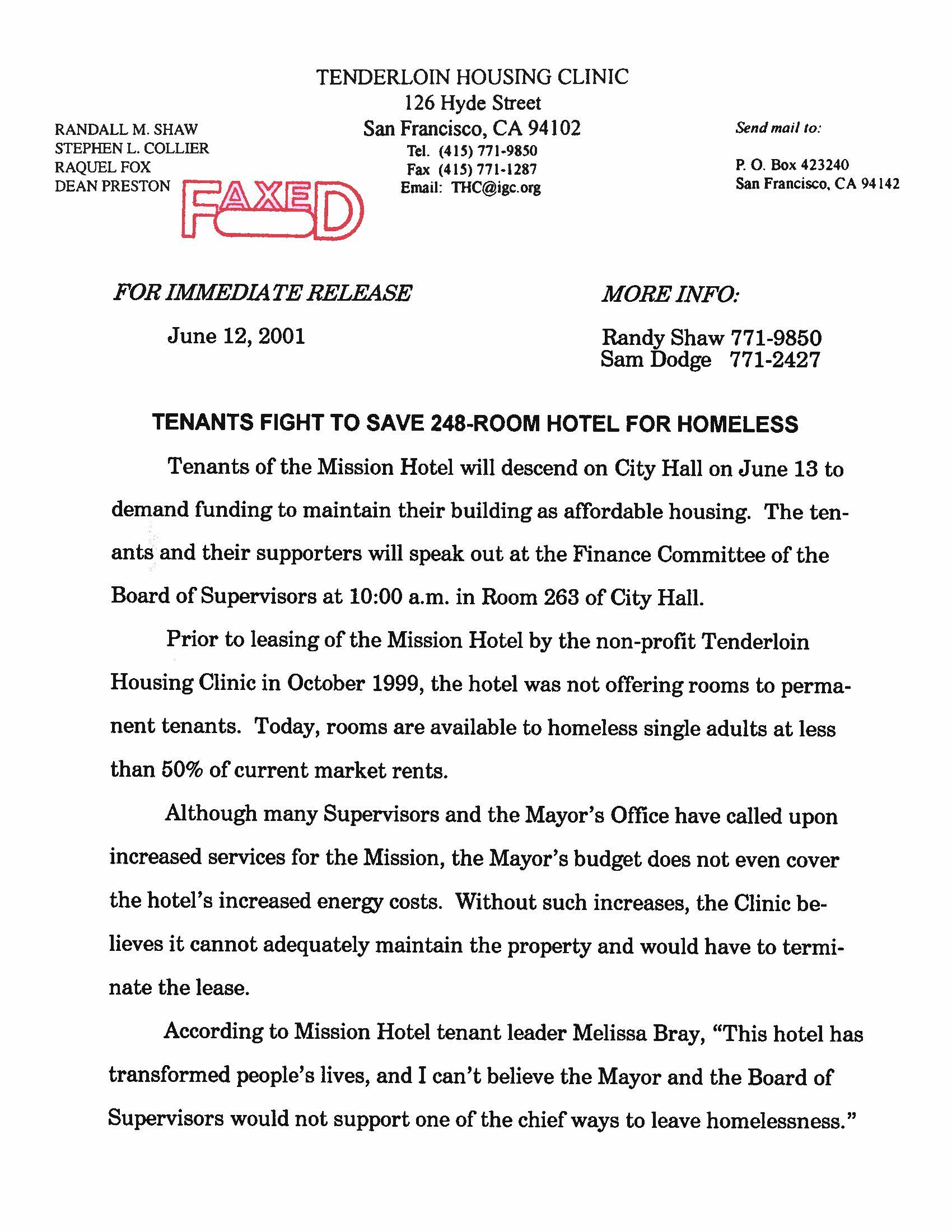 TENANTS FIGHT TO SAVE 248-ROOM HOTEL FOR HOMELESS

Tenants of the Mission Hotel will descend on City Hall on June 13 to demand funding to maintain their building as affordable housing. The tenants and their supporters will speak out at the Finance Committee of the Board of Supervisors at 10:00 a.m. in Room 263 of City Hall.

Prior to leasing of the Mission Hotel by the non-profit Tenderloin Housing Clinic in October 1999, the hotel was not offering rooms to permanent tenants. Today, rooms are available to homeless single adults at less than 50% of current market rents.

Although many Supervisors and the Mayor’s Office have called upon increased services for the Mission, the Mayor’s budget does not even cover the hotel’s increased energy costs. Without such increases, the Clinic believes it cannot adequately maintain the property and would have to terminate the lease.

According to Mission Hotel tenant leader Melissa Bray, “This hotel has transformed people’s lives, and I can’t believe the Mayor and the Board of Supervisors would not support one of the chief ways to leave homelessness.”