THC speaks out about blanket “No Visitor” Policies at Residential Hotels. These policies leave tenants open to eviction if violated and do not allow social workers to see their clients. 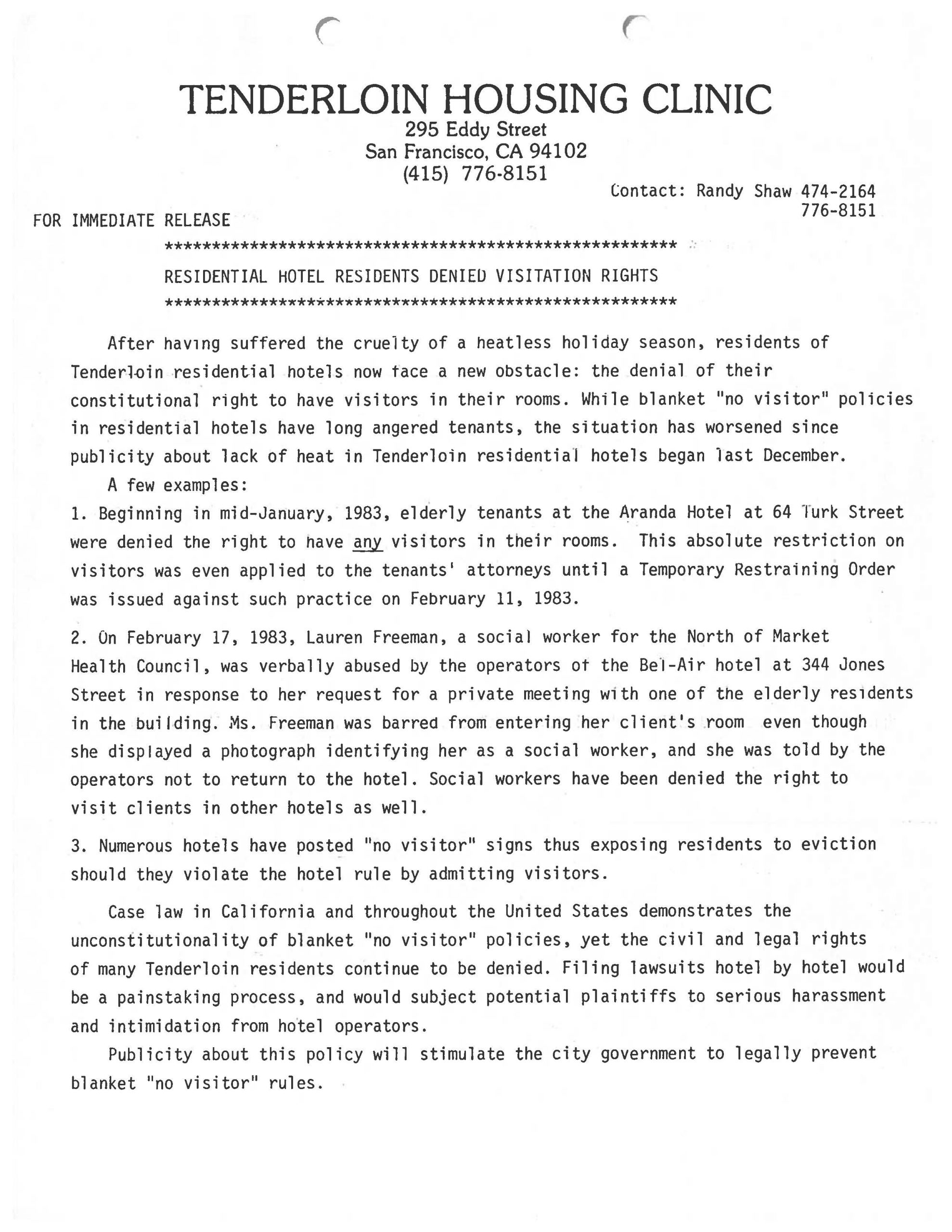 Case law in California and throughout the United States demonstrates the unconstitutionality of blanket “no visitor” policies, yet the civil and legal rights of many Tenderloin residents continue to be denied. Filing lawsuits hotel by hotel would be a painstaking process, and would subject potential plaintiffs to serious harassment and intimidation from hotel operators.

Publicity about this policy will stimulate the city government to legally prevent blanket “no visitor” rules.