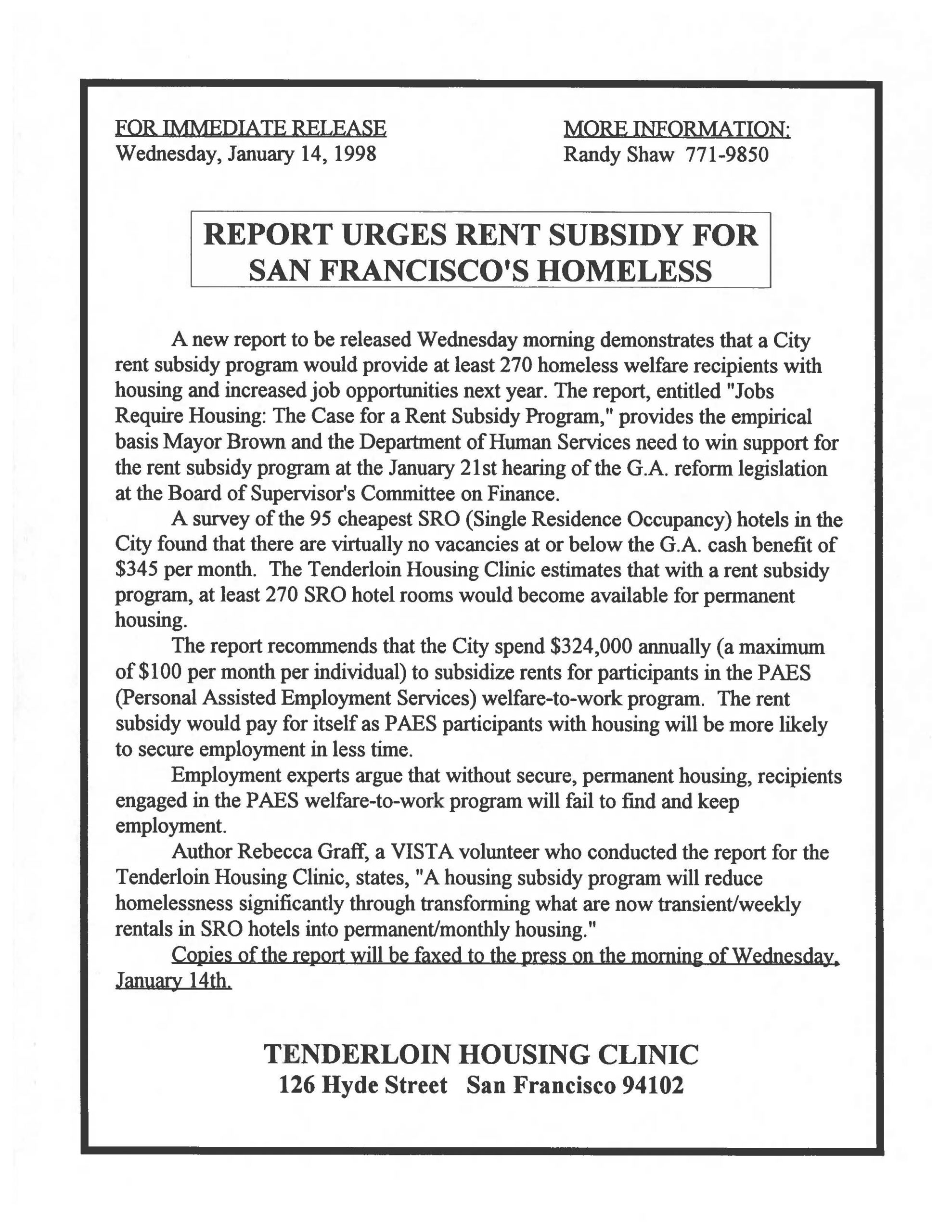 A new report to be released Wednesday morning demonstrates that a City rent subsidy program would provide at least 270 homeless welfare recipients with housing and increased job opportunities next year. The report, entitled “Jobs Require Housing: The Case for a Rent Subsidy Program,” provides the empirical basis Mayor Brown and the Department of Human Services need to win support for the rent subsidy program at the January 21st hearing of the G.A. reform legislation at the Board of Supervisor’s Committee on Finance.

A survey of the 95 cheapest SRO (Single Residence Occupancy) hotels in the City found that there are virtually no vacancies at or below the G.A. cash benefit of $345 per month. The Tenderloin Housing Clinic estimates that with a rent subsidy program, at least 270 SRO hotel rooms would become available for permanent housing.

The report recommends that the City spend $324,000 annually (a maximum of $100 per month per individual) to subsidize rents for participants in the PAES (Personal Assisted Employment Services) welfare-to-work program. The rent subsidy would pay for itself as PAES participants with housing will be more likely to secure employment in less time.

Employment experts argue that without secure, permanent housing, recipients engaged in the PAES welfare-to-work program will fail to find and keep employment.

Author Rebecca Graff, a VISTA volunteer who conducted the report for the Tenderloin Housing Clinic, states, “A housing subsidy program will reduce homelessness significantly through transforming what are now transient/weekly rentals in SRO hotels into permanent/monthly housing.”

Copies of the report will be faxed to the press on the morning of Wednesday, January 14th.