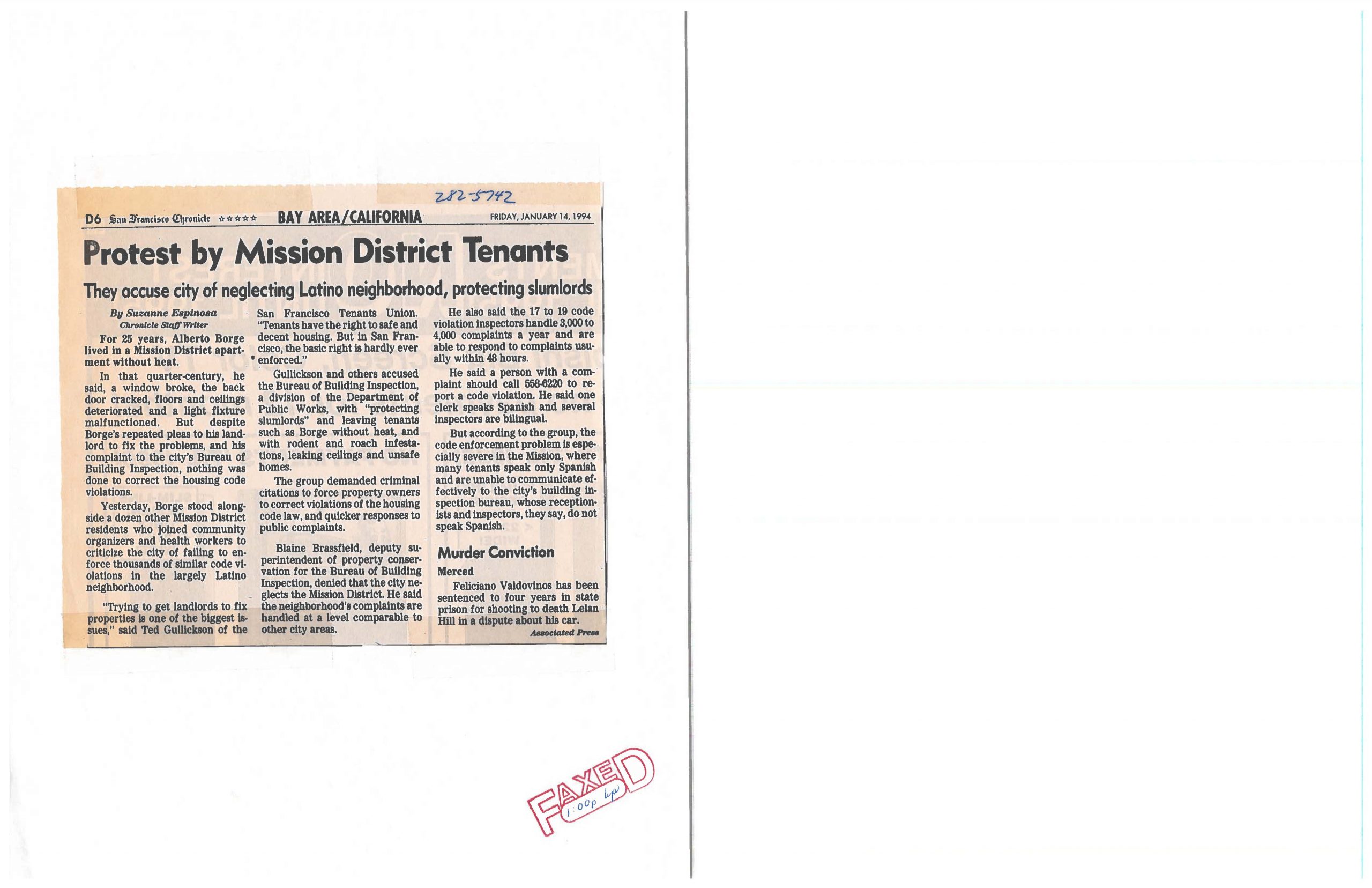 For 25 years, Alberto Borge lived in a Mission District apartment without heat.

In that quarter-century, he said, a window broke, the back door cracked, floors and ceilings deteriorated and a light fixture malfunctioned. But despite Borge’s repeated pleas to his landlord to fix the problems, and his complaint to the city’s Bureau of Building Inspection, nothing was done to correct the housing code violations.

Yesterday, Borge stood alongside a dozen other Mission District residents who joined community organizers and health workers to criticize the city for failing to enforce thousands of similar code violations in the largely Lantino neighborhood.

‘Trying to get landlords to fix properties is one of the biggest issues,” said Ted Gullickson of the San Francisco Tenants Union. “Tenants have the right to safe and decent housing. But in San Francisco, the basic right is hardly ever enforced.”

Gullickson and others accused the Bureau of Building Inspection, a division of the Department of Public Works, with “protecting slumlords” and leaving tenants such as Borge without heat, and with rodent and roach infestations, leaking ceilings and unsafe homes.

The group demanded criminal citations to force property owners to correct violations of the housing code law, and quicker responses to public complaints.

Blaine Brassfield, deputy superintendent of property conservation for the Bureau of Building Inspection, denied that the city neglects the Mission District. He said the neighborhood’s complaints are handled at a level comparable to other city areas.

He also said the 17 to 19 code violations inspectors handle 3,000 to 4,000 complaints a year and are able to respond to complaints usually within 48 hours.

He said a person with a complaint should call 558-6220 to report a code violation. He said one clerk speaks Spanish and several inspectors are bilingual.

But according to the group, the code enforcement problem is especially severe in the Mission, where many tenants speak only Spanish and are unable to communicate effectively to the city’s building inspection bureau, whose receptionists and inspectors, they say, do not speak Spanish.