Supervisor Walker looks to have residential hotel residents not be taxed if their rent is less than $20.00 a day. This a change from the (then) current exemption at $5.00 which is basically unseen in the city. 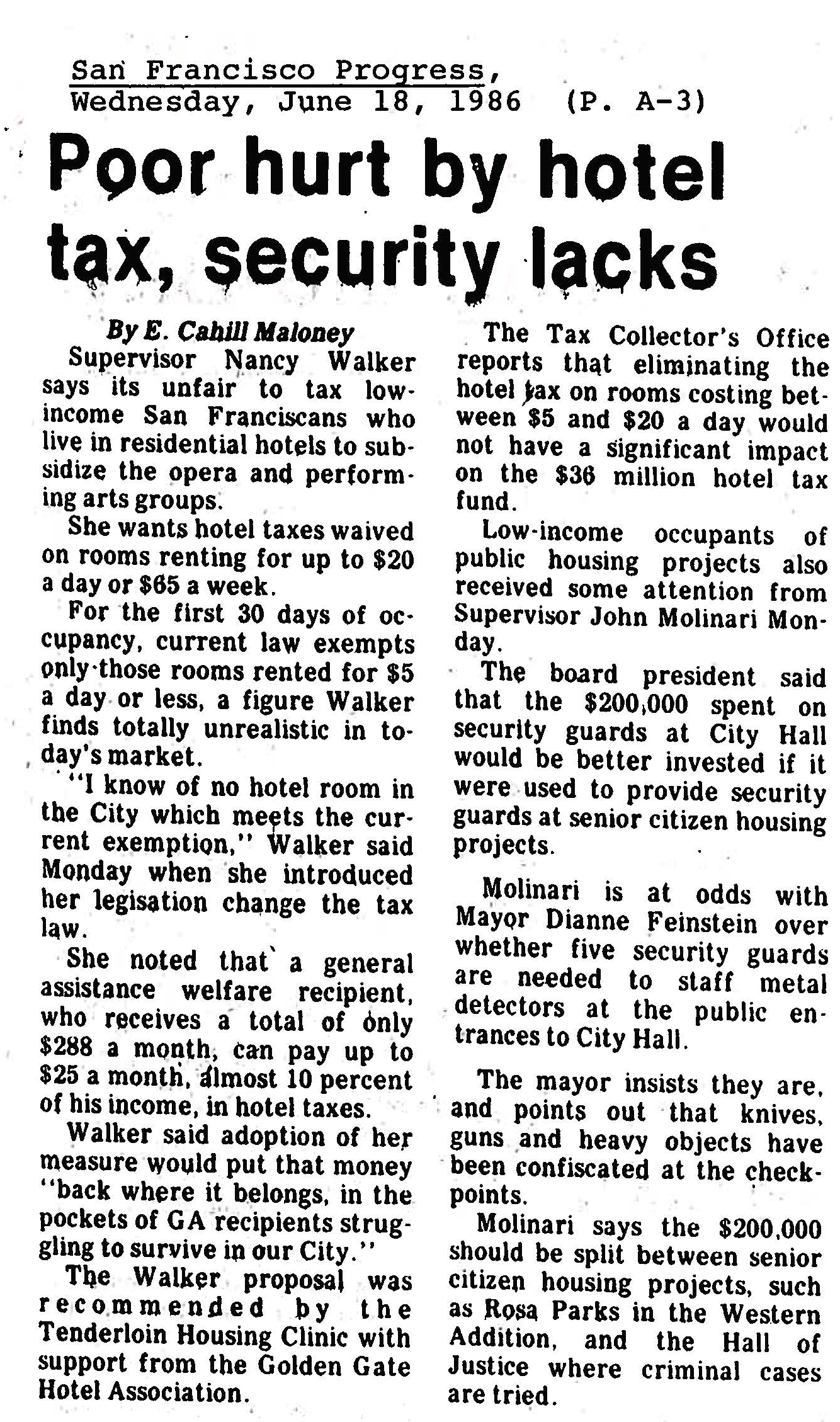 She wants hotel taxes waived on rooms renting for up to $20 a day or $65 a week.

For the first 30 days of occupancy, current law exempts only those rooms rented for $5 a day or less, a figure Walker finds totally unrealistic in today’s market.

“I know of no hotel room in the City which meets the current exemption,” Walker said Monday when she introduced her legislation to change the tax law.

She noted that a general assistance welfare recipient, who receives a total of only $288 a month, can pay up to $25 a month, almost 10 percent of his income, in hotel taxes.

Walker said adoption of her measure would put that money “back where it belongs, in the pockets of GA recipients struggling to survive in our City”

The Walker proposal was recommended by the Tenderloin Housing Clinic with support from the Golden Gate Hotel Association.

The Tax Collector’s Office reports that eliminating the hotel tax on rooms costing between $5 and $20 a day would not have a significant impact on the $36 million hotel tax fund.

Molinari is at odds with Mayor Dianne Feinstein over whether five security guards are needed to staff metal detectors at the public  entrances to City Hall.

The mayor insists they are, and points out that knives, guns and heavy objects have been confiscated at the check-points.

Molinari says the $200,000 should be split between senior citizen housing projects, such as Rosa Parks in the Western Addition, and the Hall of Justice where criminal cases are tried.