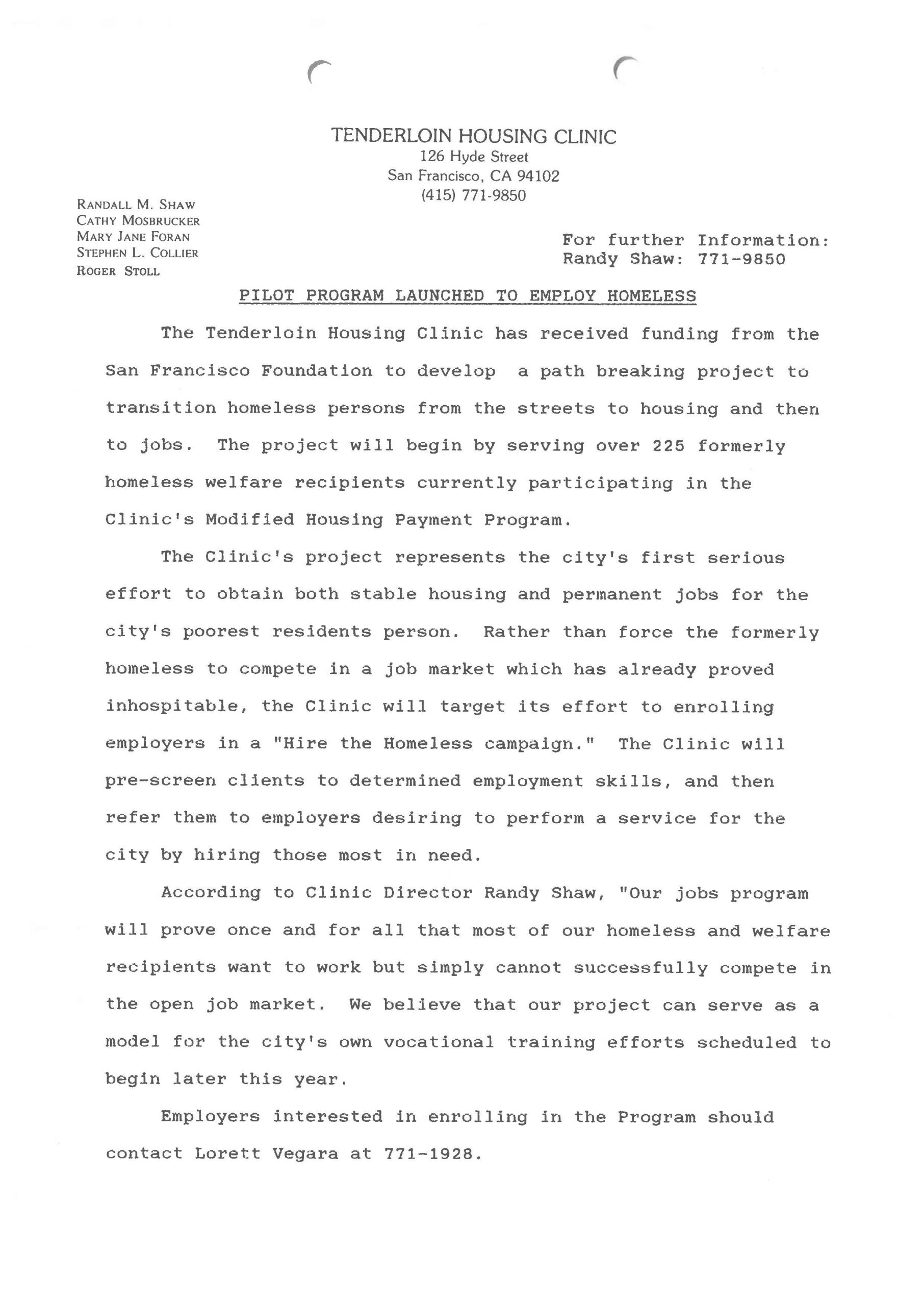 The Tenderloin Housing clinic has received funding from the San Francisco Foundation to develop a path-breaking project to transition homeless persons from the streets to housing and then to jobs. The project will begin by serving over 225 formerly homeless welfare recipients currently participating in the Clinic’s Modified Housing Payment Program.

The Clinic’s project represents the city’s first serious effort to obtain both stable housing and permanent jobs for the city’s poorest residents. Rather than force the formerly homeless to compete in a job market which has already proved inhospitable, the clinic will target its effort to enrolling employers in a “Hire the Homeless campaign.” The Clinic will pre-screen clients to determine employment skills, and then refer them to employers desiring to perform a service for the city by hiring those most in need.

According to Clinic Director Randy Shaw, “Our jobs program will prove once and for all that most of our homeless and welfare recipients want to work but simply cannot successfully compete in the open job market. We believe that our project can serve as a model for the city’s own vocational training efforts scheduled to begin later this year.”