Community Organizations spearhead the 6th Street crisis after 80 million has been put into the 2 blocks with little improvement. 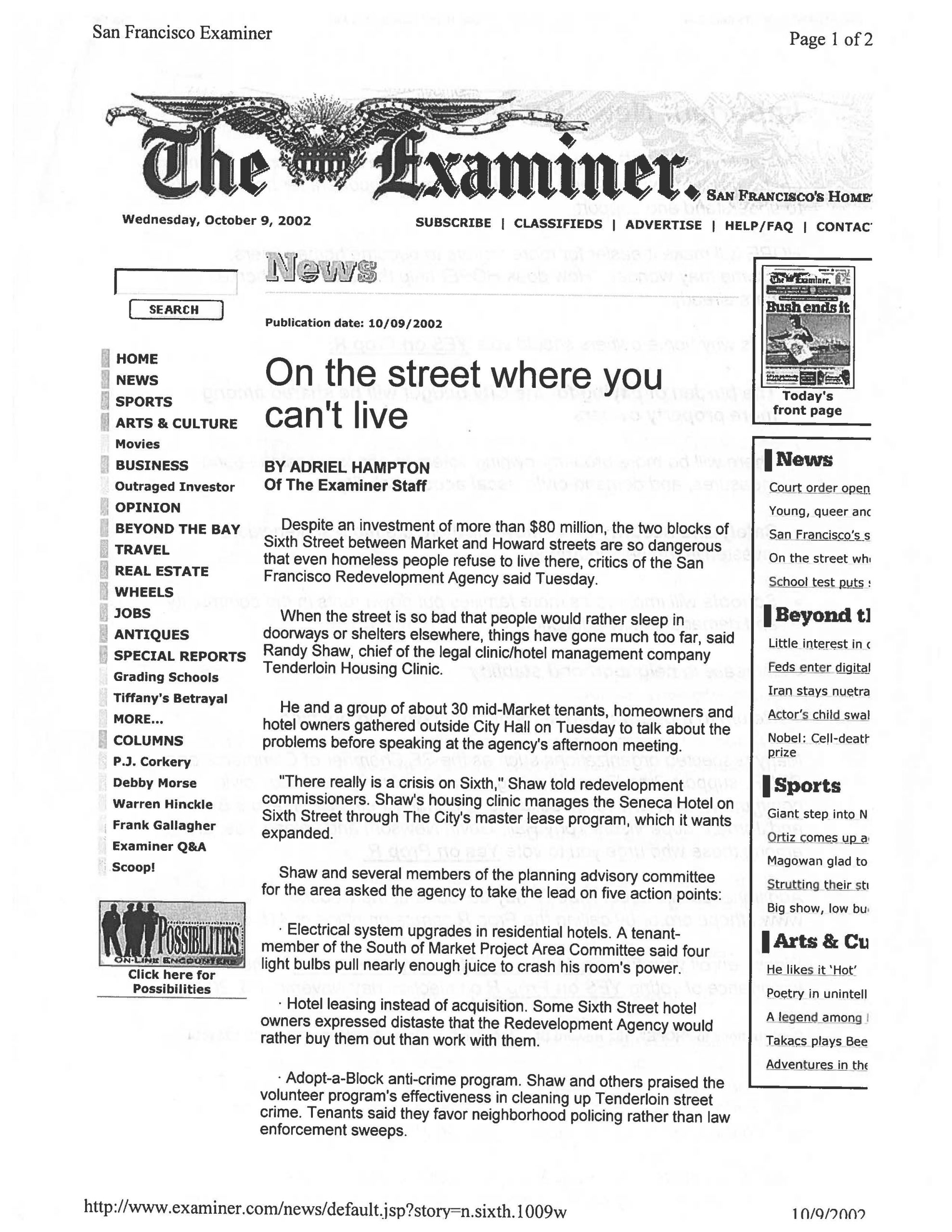 On the Street Where You Can’t Live

Despite an investment of more than $80 million, the two blocks of Sixth Street between Market and Howard streets are so dangerous that even homeless people refuse to live there, critics of the San Francisco Redevelopment Agency said Tuesday.

When the street is so bad that people would rather sleep in doorways or shelters elsewhere, things have gone much too far, said Randy Shaw, chief of the legal clinic/hotel management company Tenderloin Housing Clinic.

He and a group of about 30 mid-Market tenants, homeowners and hotel owners gathered outside City Hall on Tuesday to talk about the problems before speaking at the agency’s afternoon meeting.

“There really is a crisis on Sixth,” Shaw told redevelopment commissioners. Shaw’s housing clinic manages the Seneca Hotel on Sixth Street through The City’s master lease program, which it wants expanded.

Shaw and several members of the planning advisory committee for the area asked the agency to take the lead on five action points: