Randy Shaw addresses the San Francisco Residential Hotel Ordinance and how if its deemed “confiscation” residential zoning would be all but abolished. 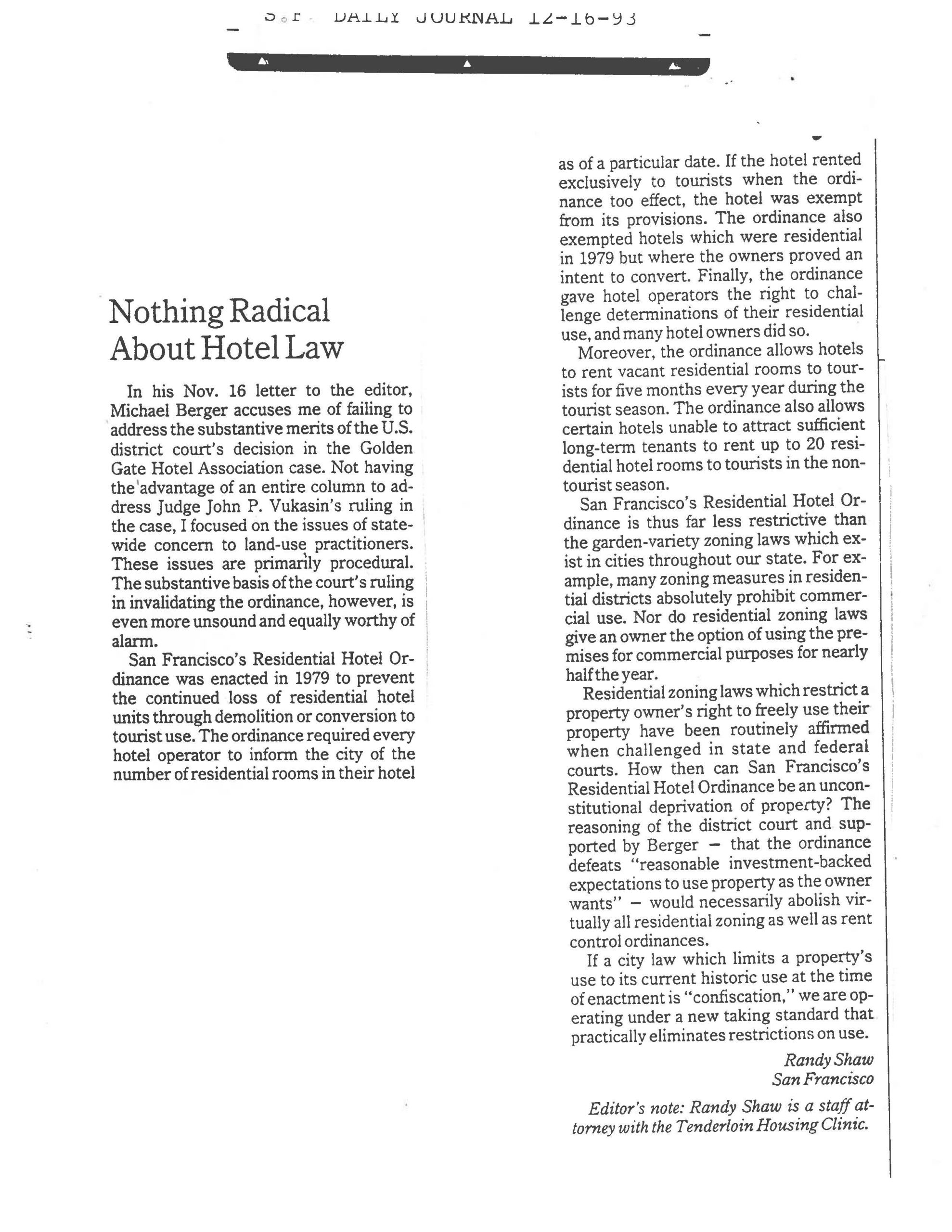 Nothing Radical About Hotel Law

In his Nov. 16 letter to the editor, Michael Berger accuses me of failing to address the substantive merits of the U.S. district court’s decision in the Golden Gate Hotel Association case. Not having the advantage of an entire column to address Judge John P. Vukasin’s ruling in the case, I focused on the issues of statewide concern to land-use practitioners. These issues are primarily procedural. The substantive basis of the court’s ruling in invalidating the ordinance, however, is even more unsound and equally worthy of alarm.

San Francisco’s Residential Hotel Ordinance is thus far less restrictive than the garden-variety zoning laws which exist in cities throughout our state. For example, many zoning measures in residential districts absolutely prohibit commercial use. Nor do residential zoning laws give an owner the option of using the premises for commercial purposes for nearly half the year.

Residential zoning laws which restrict a property owner’s right to freely use their property have been routinely affirmed when challenged in state and federal courts. How then can San Francisco’s Residential Hotel Ordinance be an unconstitutional deprivation of property? The reasoning of the district court and supported by Berger – that the ordinance defeats “reasonable investment-backed expectations to use property as the owner wants” – would necessarily abolish virtually all residential zoning as well as rent control ordinances.

If a city law which limits a property’s use to its current historic use at the time of enactment is “confiscation,” we are operating under a new taking standard that practically eliminates restrictions on use.

Editor’s note: Randy Shaw is a staff attorney with the Tenderloin Housing Clinic.