Mayor Brown and Supervisors promised to back eviction legislation, but those promises seemed to be lies as all three claim to have had “problems” with the provisions after not backing the legislation. 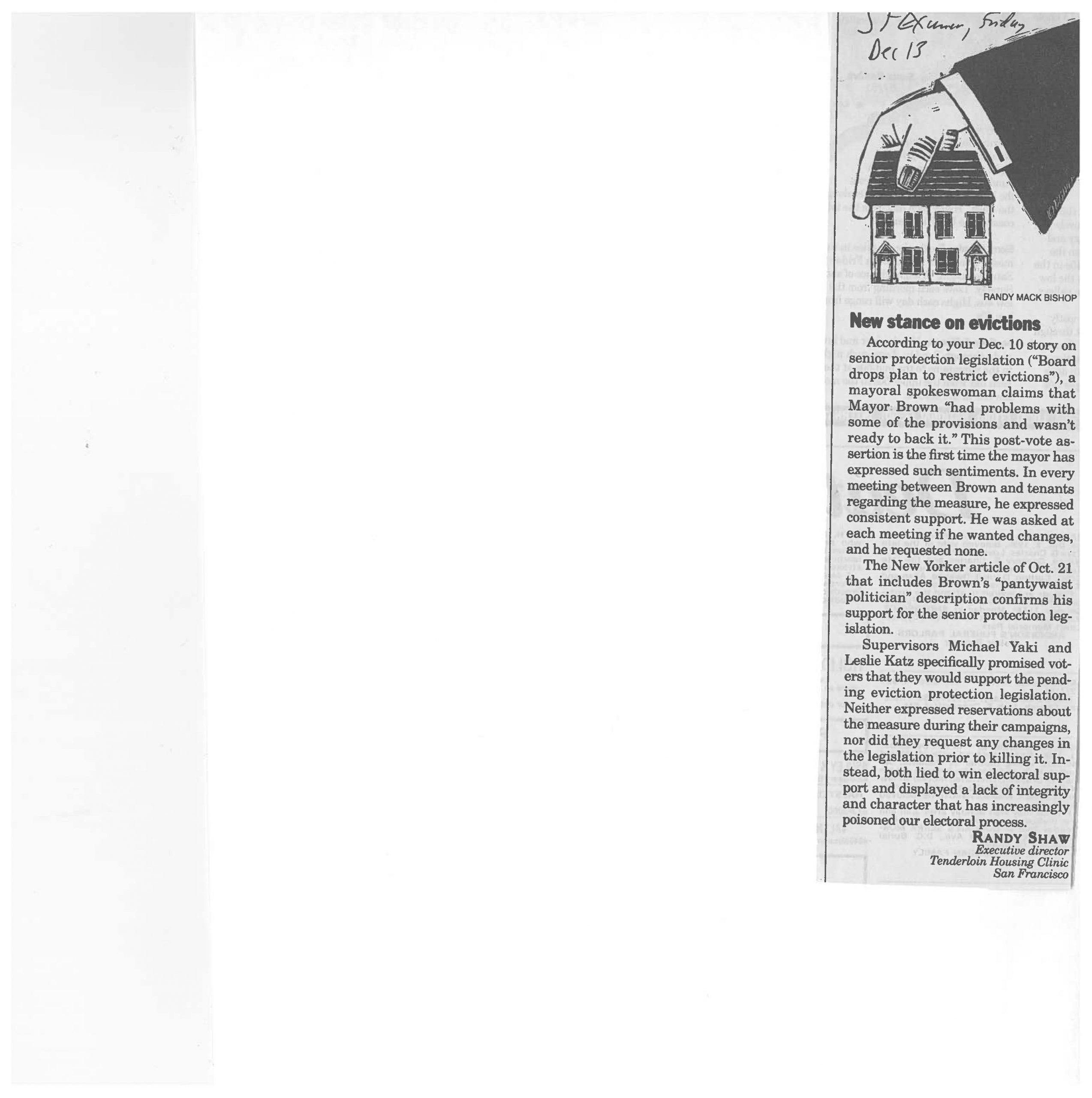 According to your Dec. 10 story on senior protection legislation (“Board drops plan to restrict evictions”), a mayoral spokeswoman claims that Mayor Brown “had problems with some of the provisions and wasn’t ready to back it.” This post-vote assertion is the first time the mayor has expressed such sentiments. In every meeting between Brown and tenants regarding the measure, he expressed consistent support. He was asked at each meeting if he wanted changes, and he requested none.

The New Yorker article of Oct. 21 that includes Brown’s “pantywaist politician” description confirms his support for the senior protection legislation.

Supervisors Michael Yaki and Leslie Katz specifically promised voters that they would support the pending eviction protection legislation. Neither expressed reservations about the measure during their campaigns, nor did they request any changes in the legislation prior to killing it. Instead, both lied to win electoral support and displayed a lack of integrity and character that has increasingly poisoned our electoral process.