In 1994, Randy Shaw writes to the San Francisco Examiner Editor to clarify THC’s support of Prop G not being the result of personal bias against building inspectors but of outrage at the BBI’s failure to uphold livable housing conditions for low-income residents. 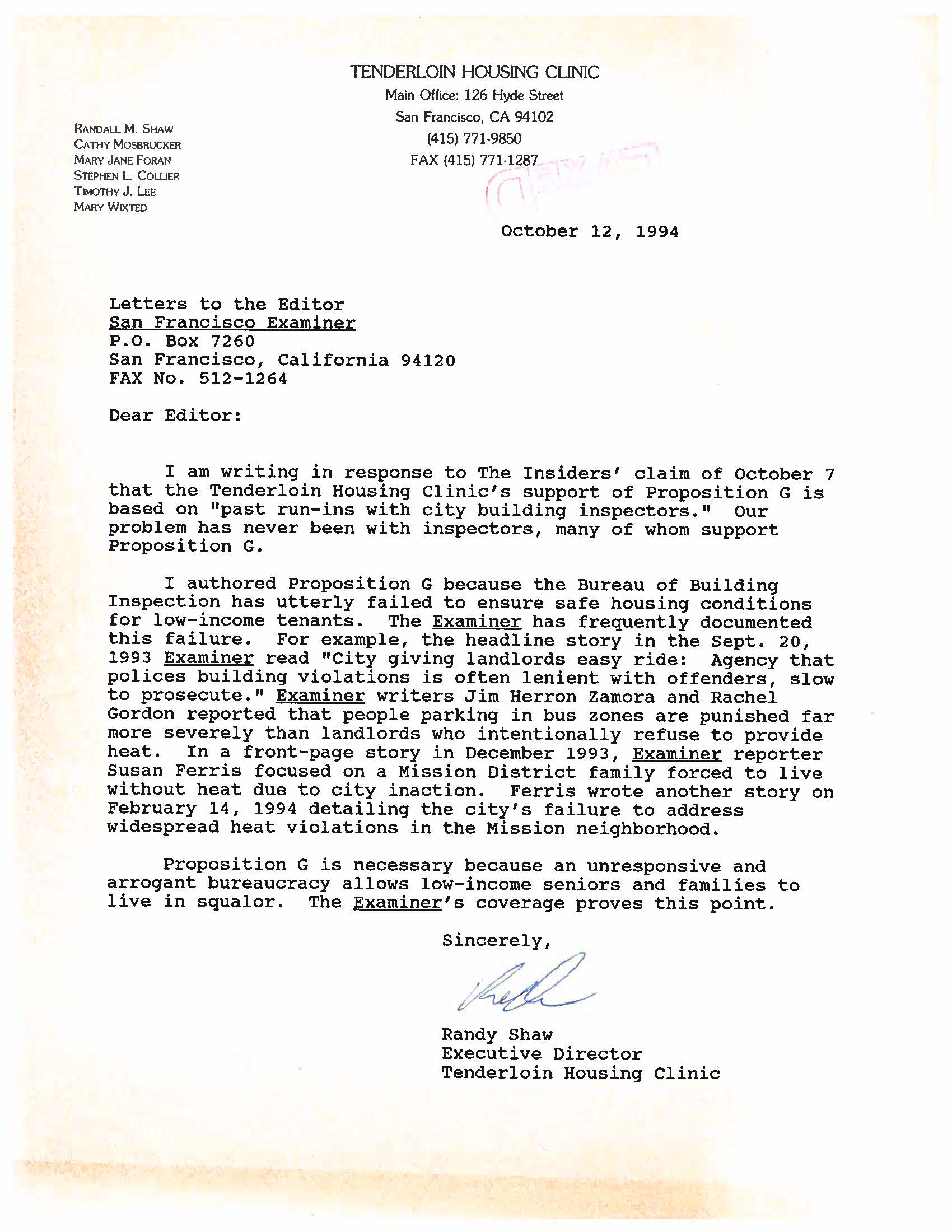 I am writing in response to The Insiders’ claim of October 7 that the Tenderloin Housing Clinic’s support of Proposition G is based on “past run-ins with city building inspectors.” Our problem has never been with inspectors, many of whom support Proposition G.

I authored Proposition G because the Bureau of Building Inspection has utterly failed to ensure safe housing conditions for low-income tenants. The Examiner has frequently documented this failure. For example, the headline story in the Sept. 20, 1993 Examiner read “City giving landlords easy ride: Agency that polices building violations is often lenient with offenders, slow to prosecute.” Examiner writers Jim Herron Zamora and Rachel Gordon reported that people parking in bus zones are punished far more severely than landlords who intentionally refuse to provide heat. In a front-page story in December 1993, Examiner reporter Susan Ferris focused on a Mission District family forced to live without heat due to city inaction. Ferris wrote another story on February 14, 1994 detailing the city’s failure to address widespread heat violations in the Mission neighborhood.

Proposition G is necessary because an unresponsive and arrogant bureaucracy allows low-income seniors and families to live in squalor. The Examiner’s coverage proves this point.