HUD Secretary Andrew Cuomo writes to Sister Bernie Galvin, acknowledging her role in mobilizing over 300 interfaith leaders to push for affordable housing and outlining improvements made by HUD to Section 8 voucher and public housing programs. 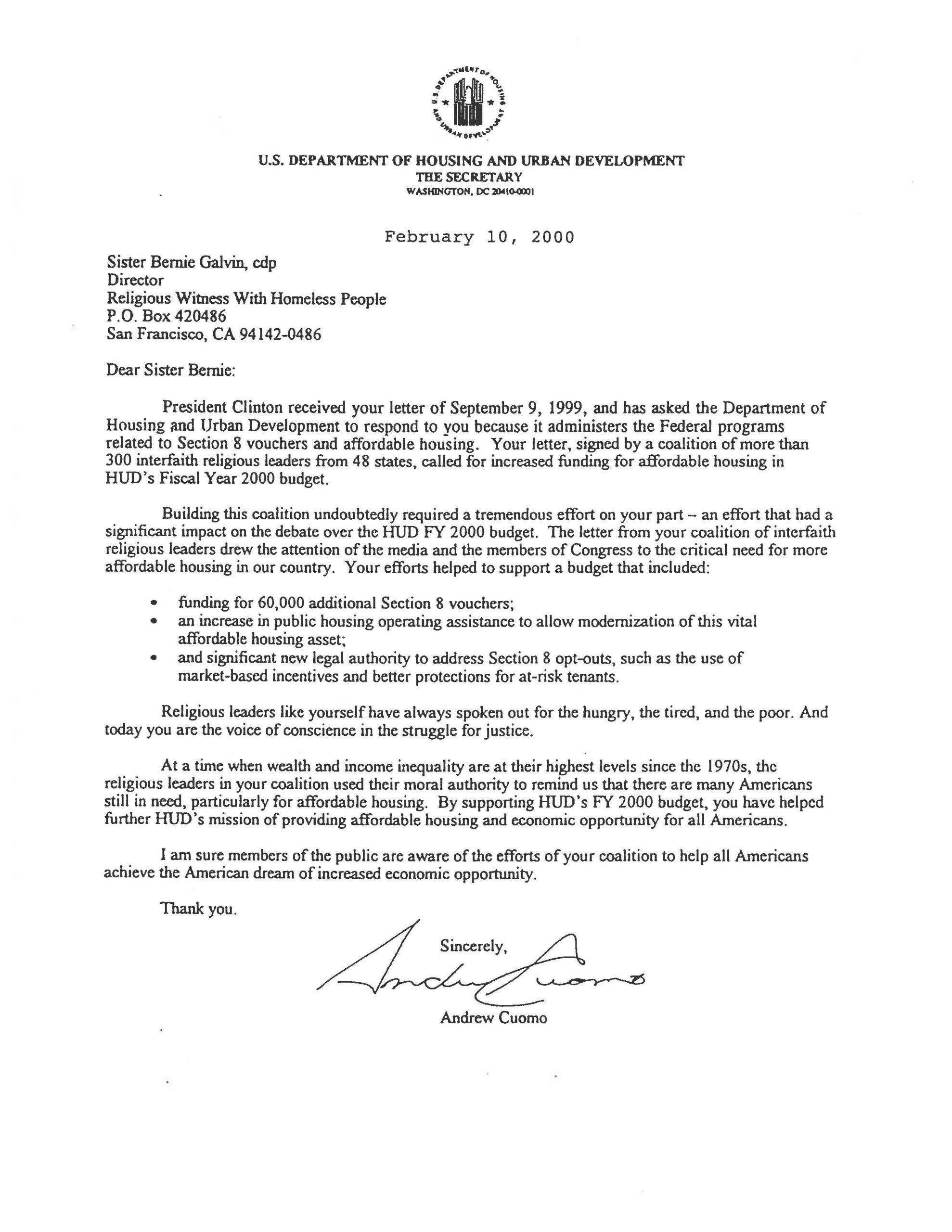 President Clinton received your letter of September 9, 1999, and has asked the Department of Housing and Urban Development to respond to you because it administers the Federal programs related to Section 8 vouchers and affordable housing. Your letter, signed by a coalition of more than 300 interfaith religious leaders from 48 states, called for increased funding for affordable housing in HUD’s Fiscal Year 2000 budget.

Building this coalition undoubtedly required a tremendous effort on your part – an effort that had a significant impact on the debate over the HUD FY 2000 budget. The letter from your coalition of interfaith religious leaders drew the attention of the media and the members of Congress to the critical need for more affordable housing in our country. Your efforts helped to support a budget that included:

Religious leaders like yourself have always spoken out for the hungry, the tired, and the poor. And today you are the voice of conscience in the struggle for justice.

At a time when wealth and income inequality are at their highest levels since the 1970s, the religious leaders in your coalition used their moral authority to remind us that there are many Americans still in need, particularly for affordable housing. By supporting HUD’s FY 2000 budget, you have helped further HUD’s mission of providing affordable housing and economic opportunity for all Americans.

I am sure members of the public are aware of the efforts of your coalition to help all Americans achieve the American dream of increased economic opportunity.