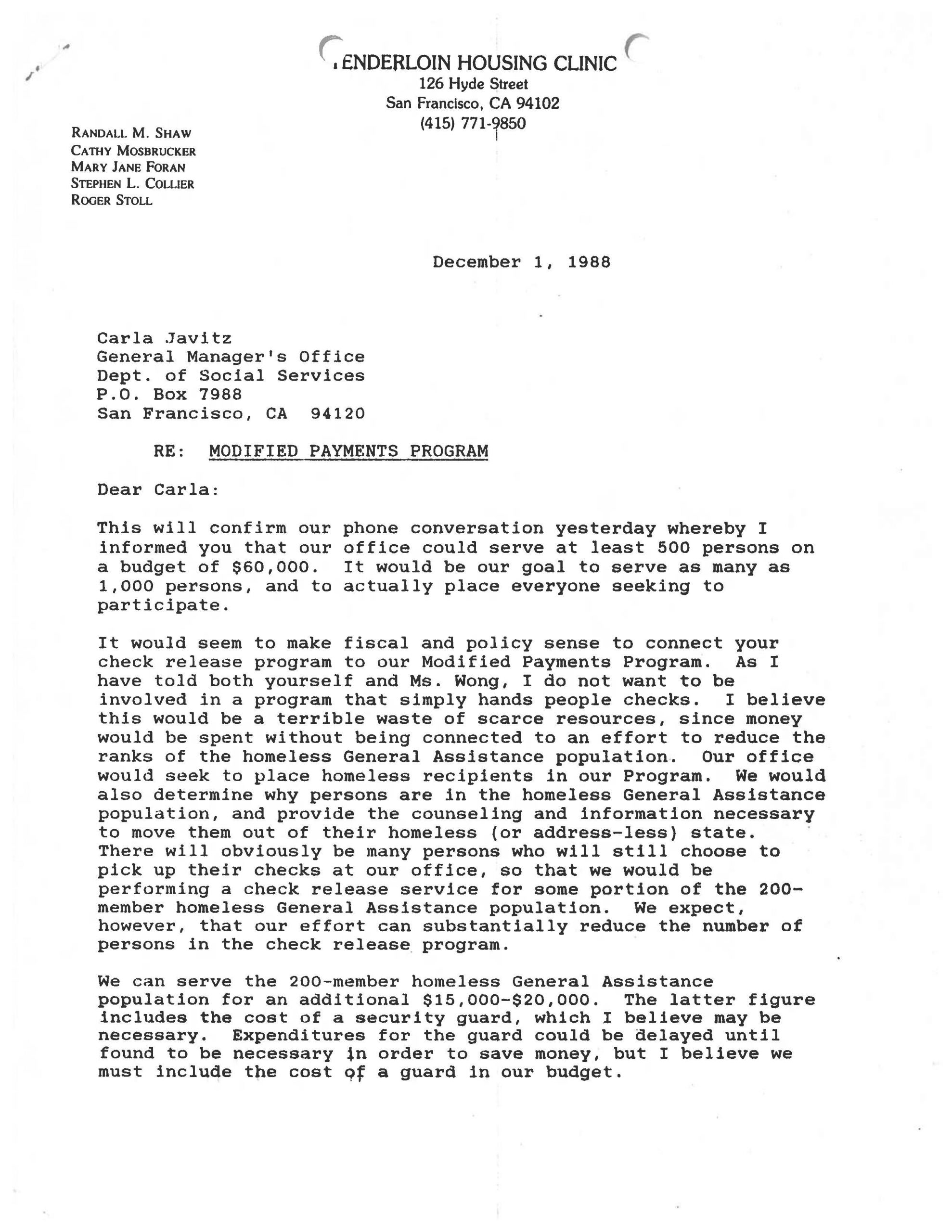 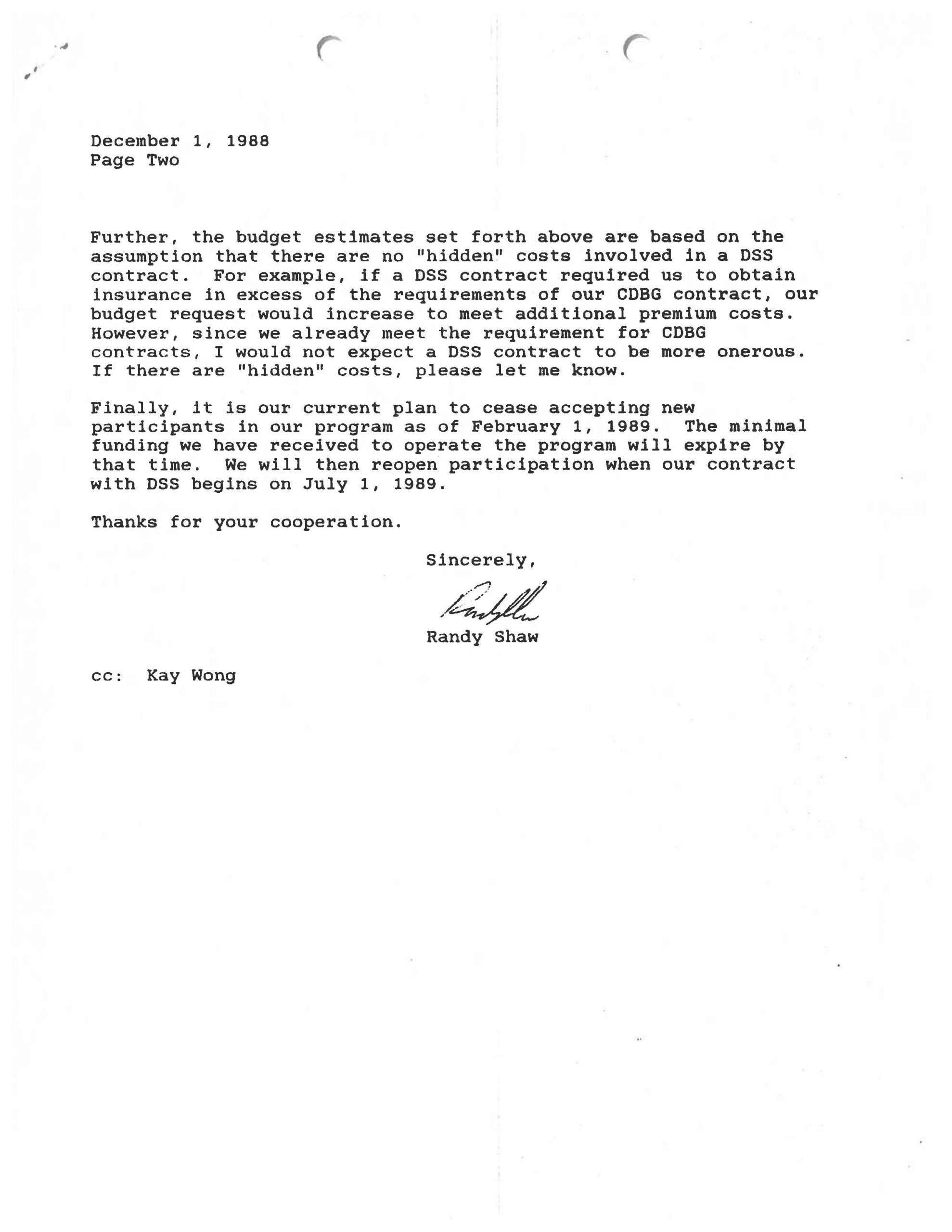 This will confirm our phone conversation yesterday whereby I informed you that our office could serve at least 500 persons on a budget of $60,000. It would be our goal to serve as many as 1,000 persons, and to actually place everyone seeking to participate.

It would seem to make fiscal and policy sense to connect your check release program to our Modified Payments Program. As I have told both yourself and Ms. Wong, I do not want to be involved in a program that simply hands people checks. I believe this would be a terrible waste of scarce resources, since money would be spent without being connected to an effort to reduce the ranks of the homeless General Assistance population. Our office would seek to place homeless recipients in our Program.

We would also determine why persons are in the homeless General Assistance population, and provide the counseling and information necessary to move them out of their homeless (or address-less) state. There will obviously be many persons who will still choose to pick up their checks at our office, so that we would be performing a check release service for some portion of the 200 member homeless General Assistance population. We expect, however, that our effort can substantially reduce the number of persons in the check release program. We can serve the 200-member homeless General Assistance population for an additional $15,000-$20,000. The latter figure includes the cost of a security guard, which I believe may be necessary. Expenditures for the guard could be delayed until found to be necessary in order to save money, but I believe we must include the cost of a guard in our budget.

Finally, it is our current plan to cease accepting new participants in our program as of February 1, 1989. The minimal funding we have received to operate the program will expire by that time. We will then reopen participation when our contract with DSS begins on July 1, 1989.

Thanks for your cooperation.