Hotels on 6th Street are accused of renting rooms by the hour and day to drug dealers. 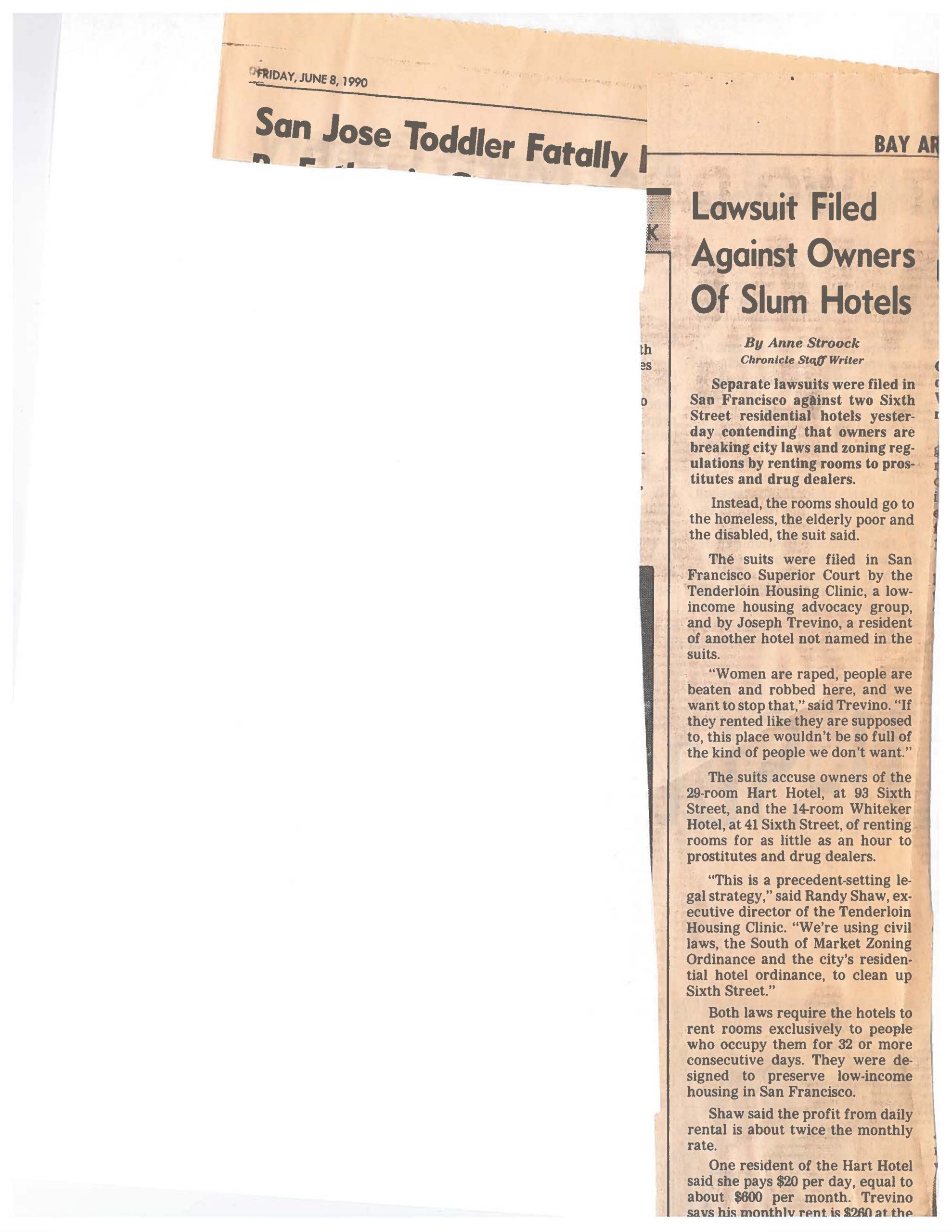 Instead, the rooms should go to the homeless, the elderly poor and the disabled, the suit said.

The suits were filed in San Francisco Superior Court by the Tenderloin Housing Clinic, a low income housing advocacy group, and by Joseph Trevino, a resident of another hotel not named in the suits.

“Women are raped, people are beaten and robbed here, and we want to stop that,” said Trevino. “If they rented like they are supposed to, this place wouldn’t be so full of the kind of people we don’t want.”

The suits accuse owners of the 29-room Hart Hotel, at 93 Sixth Street, and the 14-room Whiteker Hotel, at 41 Sixth Street, of renting rooms for as little as an hour to prostitutes and drug dealers.

Both laws require the hotels to rent rooms exclusively to people who occupy them for 32 or more consecutive days. They were designed to preserve low-income housing in San Francisco.

Shaw said the profit from daily rental is about twice the monthly rate.

One resident of the Hart Hotel said she pays $20 per day, equal to about $600 per month. Trevino says his monthly rent is $260 at the nearby Sunnyside Hotel.