A party to celebrate Larry Litchfield leaving the BBI as Chief Building Superintendent. 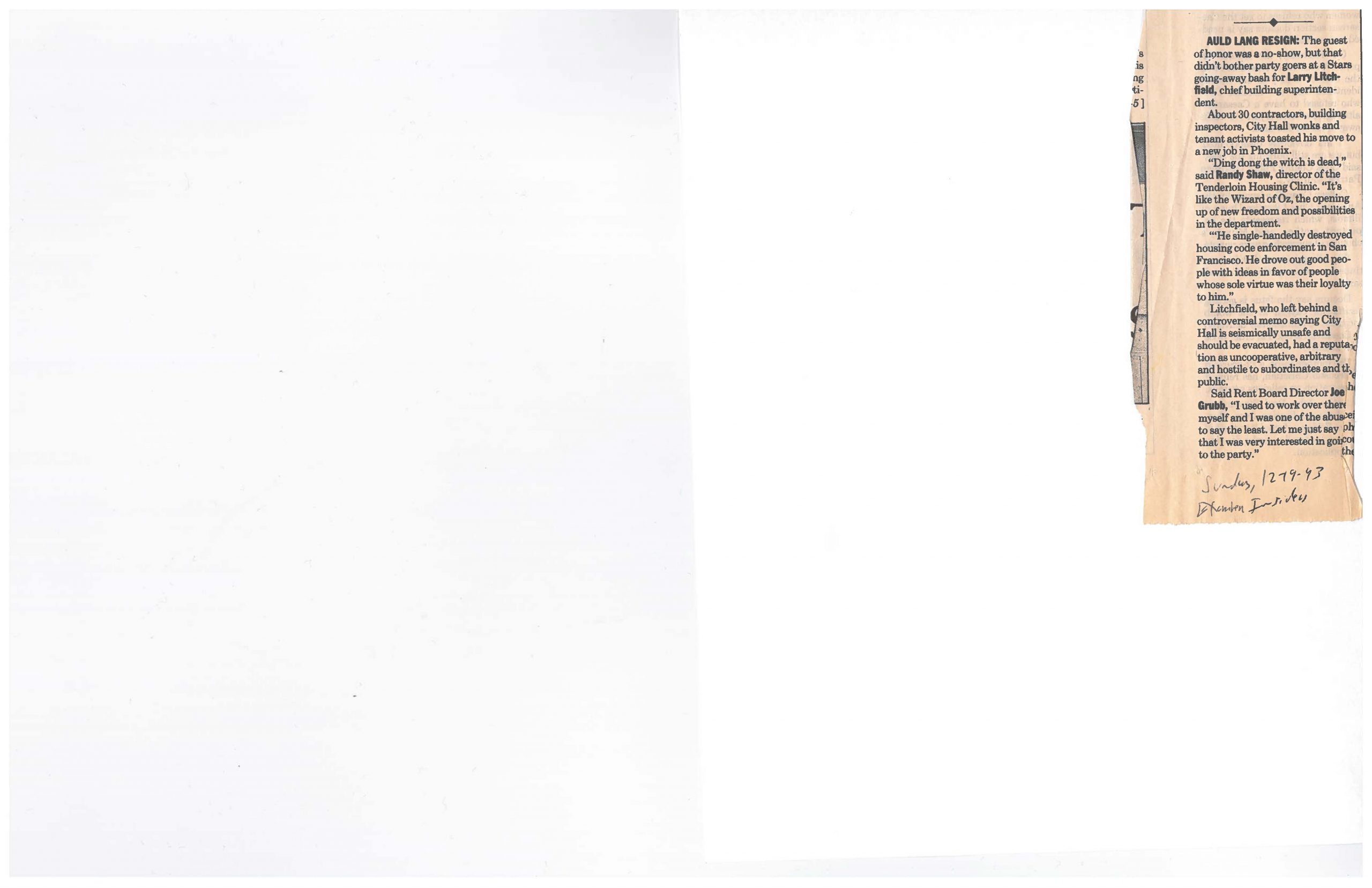 The guest of họnor was a no-show, but that didn’t bother party goers at a Stars going-away bash for Larry Litchfield, chief building superintendent.

About 30 contractors, building inspectors, City Hall wonks and tenant activists toasted his move to a new job in Phoenix.

“Ding dong the witch is dead,” said Randy Shaw, director of the Tenderloin Housing Clinic. “It’s like the Wizard of Oz, the opening up of new freedom and possibilities in the department.”

“He single-handedly destroyed housing code enforcement in San Francisco. He drove out good people with ideas in favor of people whose sole virtue was their loyalty to him.”

Litchfield, who left behind a controversial memo saying City Hall is seismically unsafe and should be evacuated, had a reputation as uncooperative, arbitrary and hostile to subordinates and the public.

Said Rent Board Director Joe Grubb, “I used to work over there myself and I was one of the abused to say the least. Let me just say that I was very interested in going to the party.”