City agencies such as the Fire and Health departments have stiff fines and speedier enforcement programs than those of the Bureau of Building Inspection. 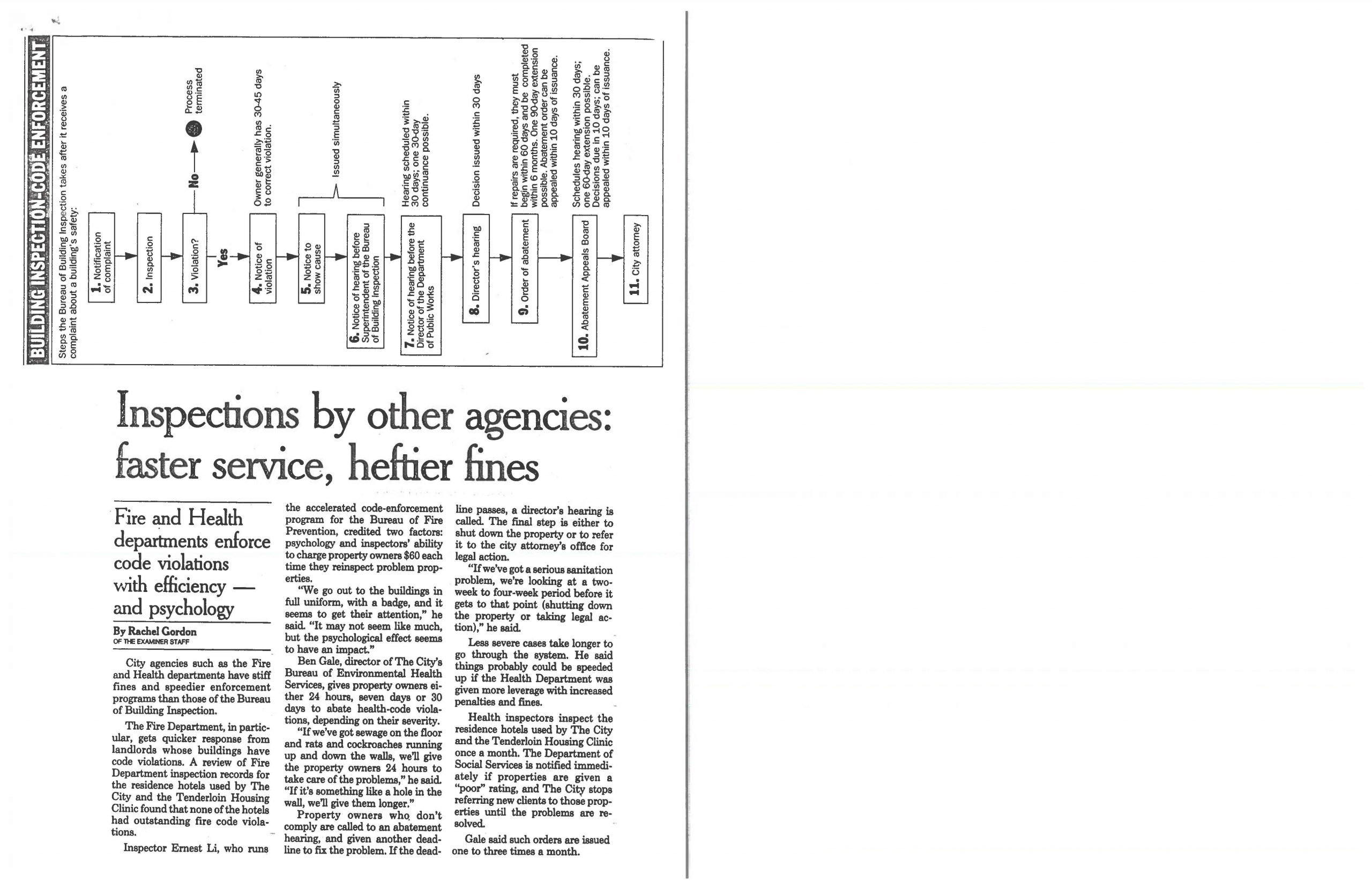 City agencies such as the Fire and Health departments have stiff fines and speedier enforcement programs than those of the Bureau of Building Inspection.

“We go out to the buildings in full uniform, with a badge, and it seems to get their attention,” he said. “It may not seem like much, but the psychological effect seems to have an impact.”

Ben Gale, director of The City’s Bureau of Environmental Health Services, gives property owners either 24 hours, seven days or 30 days to abate health-code violations, depending on their severity.

“If we’ve got sewage on the floor and rats and cockroaches running up and down the walls, we’ll give the property owners 24 hours to take care of the problems,” he said.

“If it’s something like a hole in the wall, we’ll give them longer.”

Property owners who don’t comply are called to an abatement hearing, and given another deadline to fix the problem. If the deadline passes, a director’s hearing is called. The final step is either to shut down the property or to refer it to the city attorney’s office for legal action.

“If we’ve got a serious sanitation problem, we’re looking at a two-week to four-week period before it gets to that point (shutting down the property or taking legal action),”he said.

Less severe cases take longer to go through the system. He said things probably could be speeded up if the Health Department was given more leverage with increased penalties and fines.

Health inspectors inspect the residence hotels used by The City and the Tenderloin Housing Clinic once a month. The Department of Social Services is notified immediately if properties are given a “poor” rating, and The City stops referring new clients to those properties until the problems are resolved.

Gale said such orders are issued one to three times a month.