Tenants protest illegal lockouts and the district attorneys failure to prosecute landlords that do them. 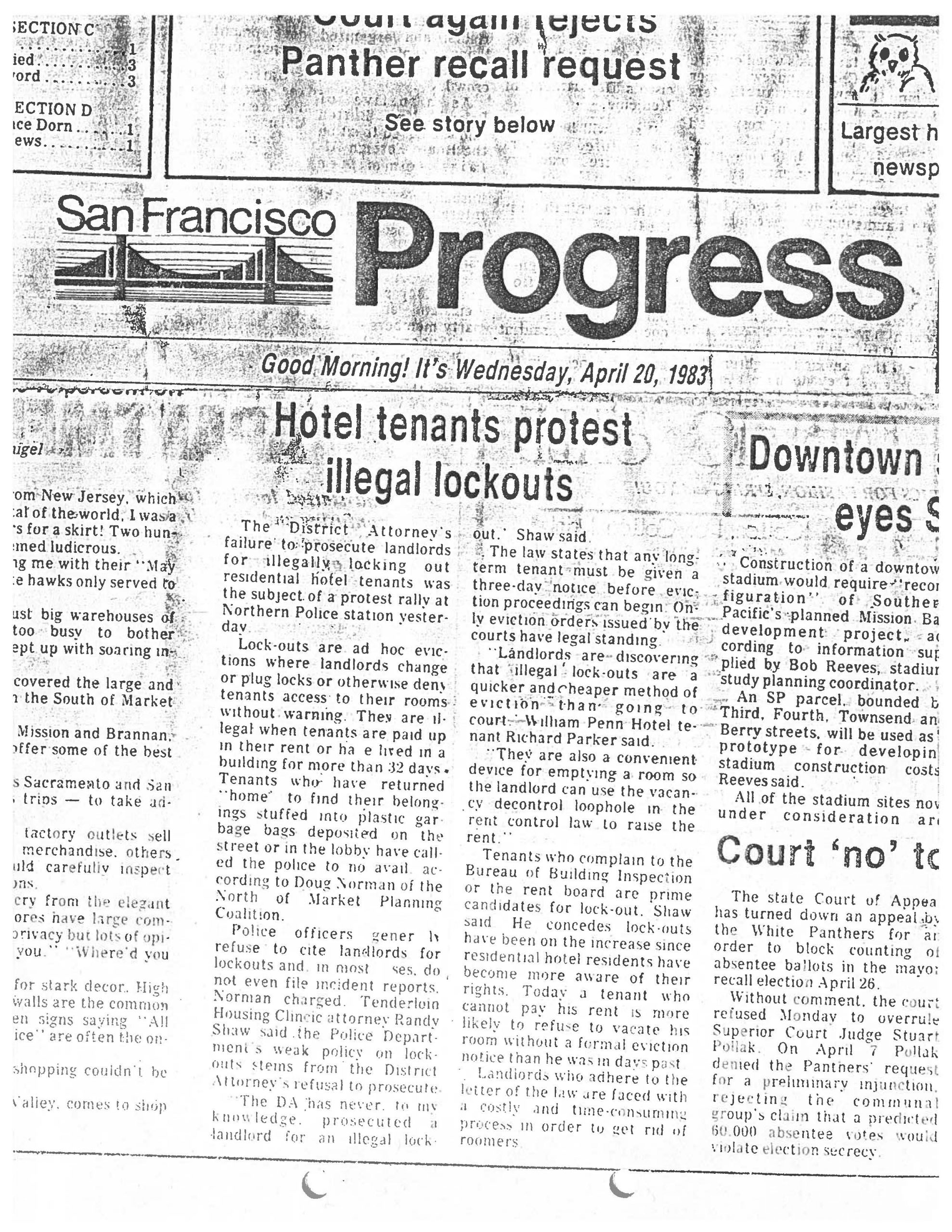 The District Attorney’s failure to prosecute landlords for illegally locking out residential hotel tenants was the subject of a protest rally at Northern Police station yesterday.

Lock-outs are ad hoc evictions where landlords change or plug locks or otherwise deny tenants access to their rooms without warning they are illegal when tenants are paid up in their rent or have lived in a building for more than 32 days. Tenants who have returned “home” to find their belongings stuffed into plastic garbage bags deposited on the street or in the lobby have called the police to no avail according to Doug Norman of the North of Market Planning Coalition.

Police officers generally refuse to cite landlords for lockouts and in most cases do not even file incident reports. Norman charged. Tenderloin Housing Clinic attorney Randy Shaw said the Police Department’s weak policy on lockouts stem from the District Attorney’s refusal to prosecute.

“The DA has never to my knowledge prosecute a landlord for an illegal lockout,” Shaw said.

The law states that any long-term tenant must be given a three-day notice before eviction proceedings can begin. Only eviction orders issued by the courts have legal standing.

“Landlords are discovering that illegal lock-outs are a quicker and cheaper method of eviction than going to court,” William Penn Hotel tenant Richard Parker said.

They are also a convenient device for emptying a room so the landlord can use the vacancy decontrol loophole in the rent control law to raise the rent.

Tenants who complain to the Bureau of Building Inspection or the rent board are prime candidates for lock-out. Shaw said “He concedes lock-outs have been on the increase since residential hotel residents have become more aware of their rights. Today a tenant who cannot pay his rent is more likely to refuse to vacate his room without a formal eviction notice than he was in days past.

Landlords who adhere to the letter of the law are faced with a costly and time-consuming process in order to get rid of roomers.