The Sunnyside Hotel has project approved to have renovations done, this will be done by formally homeless people on Public Assistance. 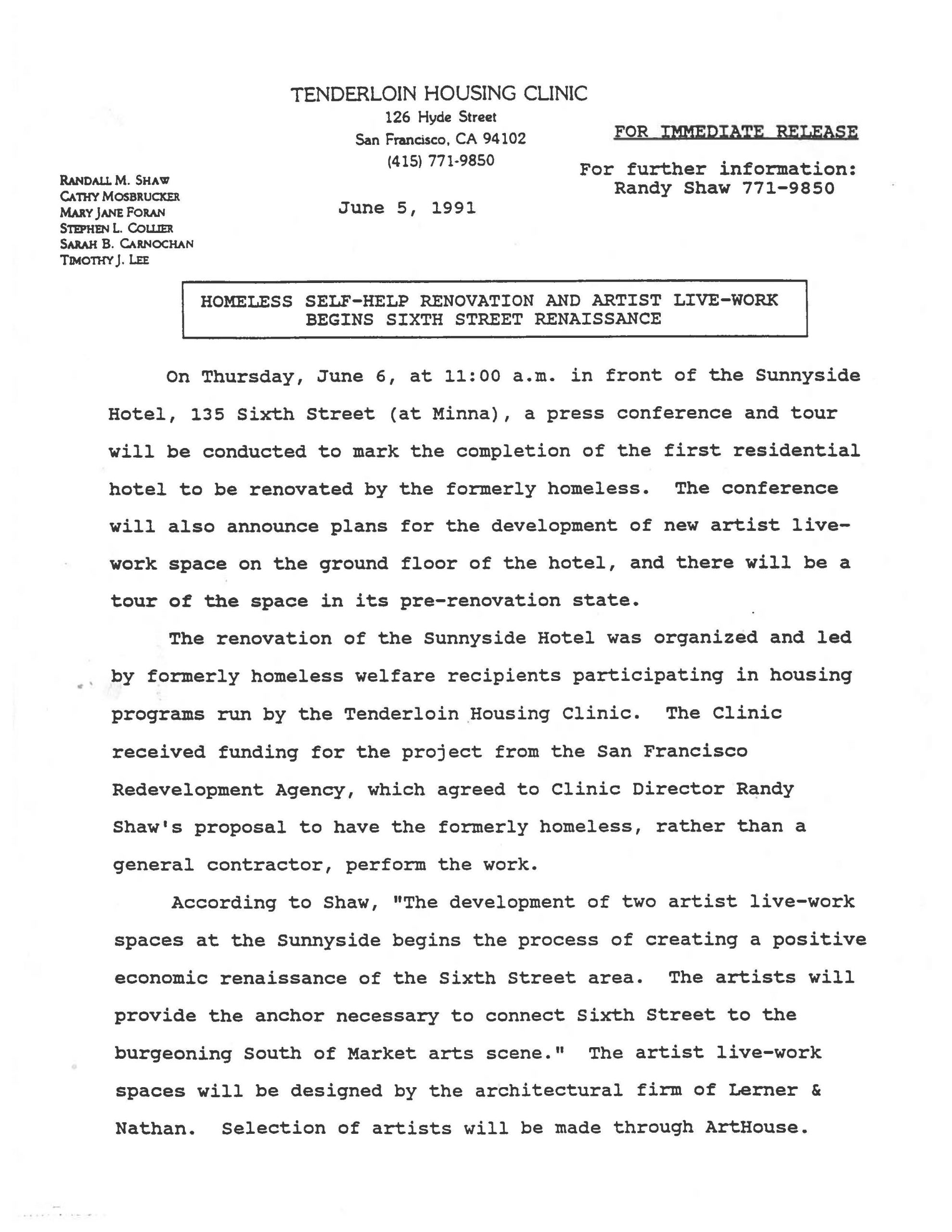 On Thursday, June 6, at 11:00 a.m. in front of the Sunnyside Hotel, 135 Sixth Street (at Minna), a press conference and tour will be conducted to mark the completion of the first residential hotel to be renovated by the formerly homeless. The conference will also announce plans for the development of new artist live work space on the ground floor of the hotel, and there will be a tour of the space in its pre-renovation state.

The renovation of the Sunnyside Hotel was organized and led by formerly homeless welfare recipients participating in housing programs run by the Tenderloin Housing clinic. The clinic received funding for the project from the San Francisco Redevelopment Agency, which agreed to clinic Director Randy Shaw’s proposal to have the formerly homeless, rather than a general contractor, perform the work.

According to Shaw, “The development of two artist live-work spaces at the Sunnyside begins the process of creating a positive economic renaissance of the Sixth Street area. The artists will provide the anchor necessary to connect Sixth Street to the burgeoning South of Market arts scene.” The artist live-work spaces will be designed by the architectural firm of Lerner & Nathan. Selection of artists will be made through ArtHouse.