Hispanic families in San Francisco’s Mission district are supported by Tenderloin Housing Clinic and St. Peter’s Housing Committee in a lawsuit against the Bureau of Building Inspection. 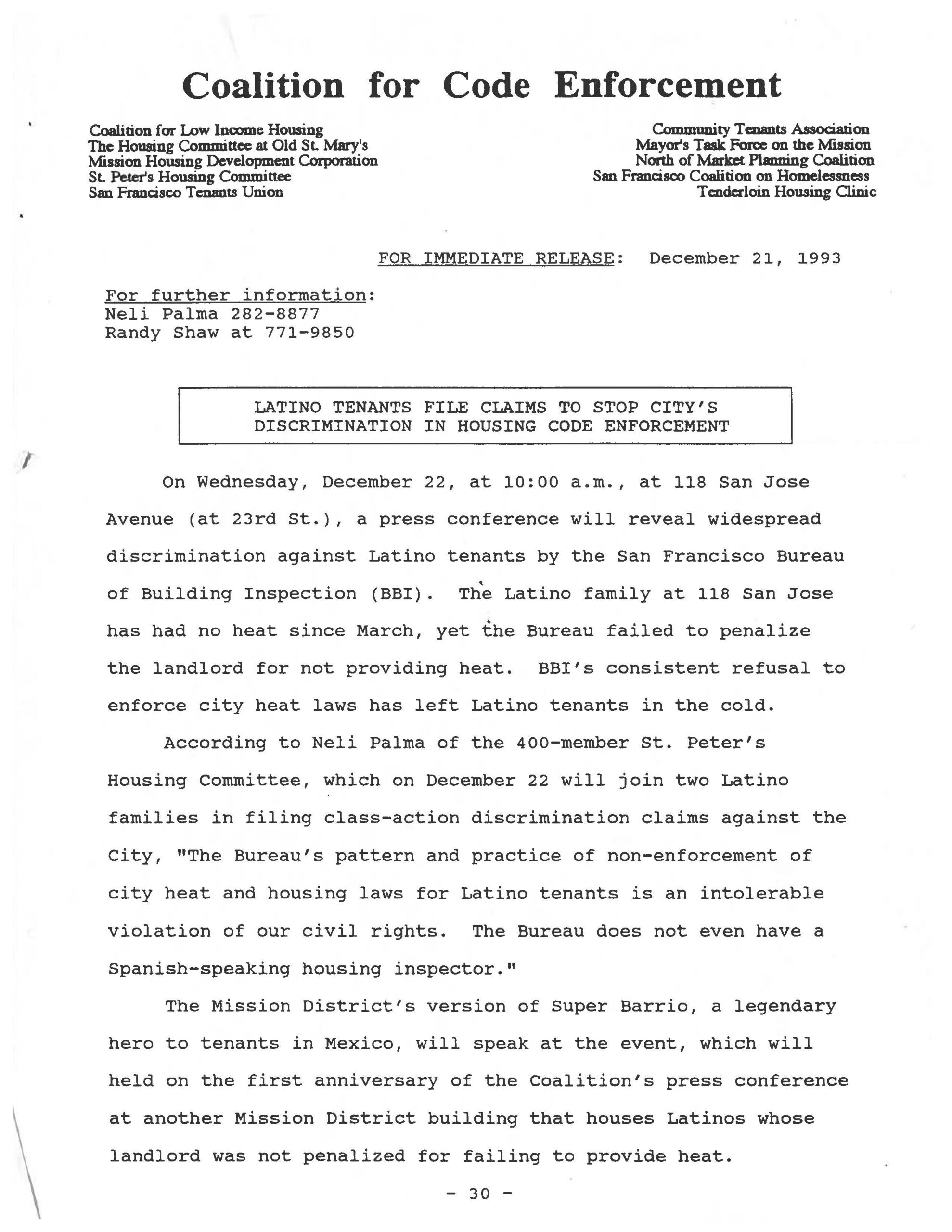 On Wednesday, December 22, at 10:00 a.m., at 118 San Jose Avenue (at 23rd St.), a press conference will reveal widespread discrimination against Latino tenants by the San Francisco Bureau of Building Inspection (BBI). The Latino family at 118 San Jose has had no heat since March, yet the Bureau failed to penalize the landlord for not providing heat. BBI’s consistent refusal to enforce city heat laws has left Latino tenants in the cold.

According to Neli Palma of the 400-member St. Peter’s Housing Committee, which on December 22 will join two Latino families in filing class-action discrimination claims against the

City, “The Bureau’s pattern and practice of non-enforcement of city heat and housing laws for Latino tenants is an intolerable violation of our civil rights. The Bureau does not even have a Spanish-speaking housing inspector.”

The Mission District’s version of Super Barrio, a legendary hero to tenants in Mexico, will speak at the event, which will be held on the first anniversary of the Coalition’s press conference at another Mission District building that houses Latinos whose landlord was not penalized for failing to provide heat.

Claim for injury to civil rights of plaintiff class and for violation of california and federal civil rights laws pertaining to the rights of latinos to equal protection of the laws (Government Code Sec. 910, et seg.)

To the City and County of San Francisco (“Respondent”):

Claimant’s address for service is c/o her counsel: