Tenderloin Housing Clinic filed suit to force landlord Guenter Kaussen to fix a broken elevator that has caused hazard and tragedy at the El Cerrito Apartments. 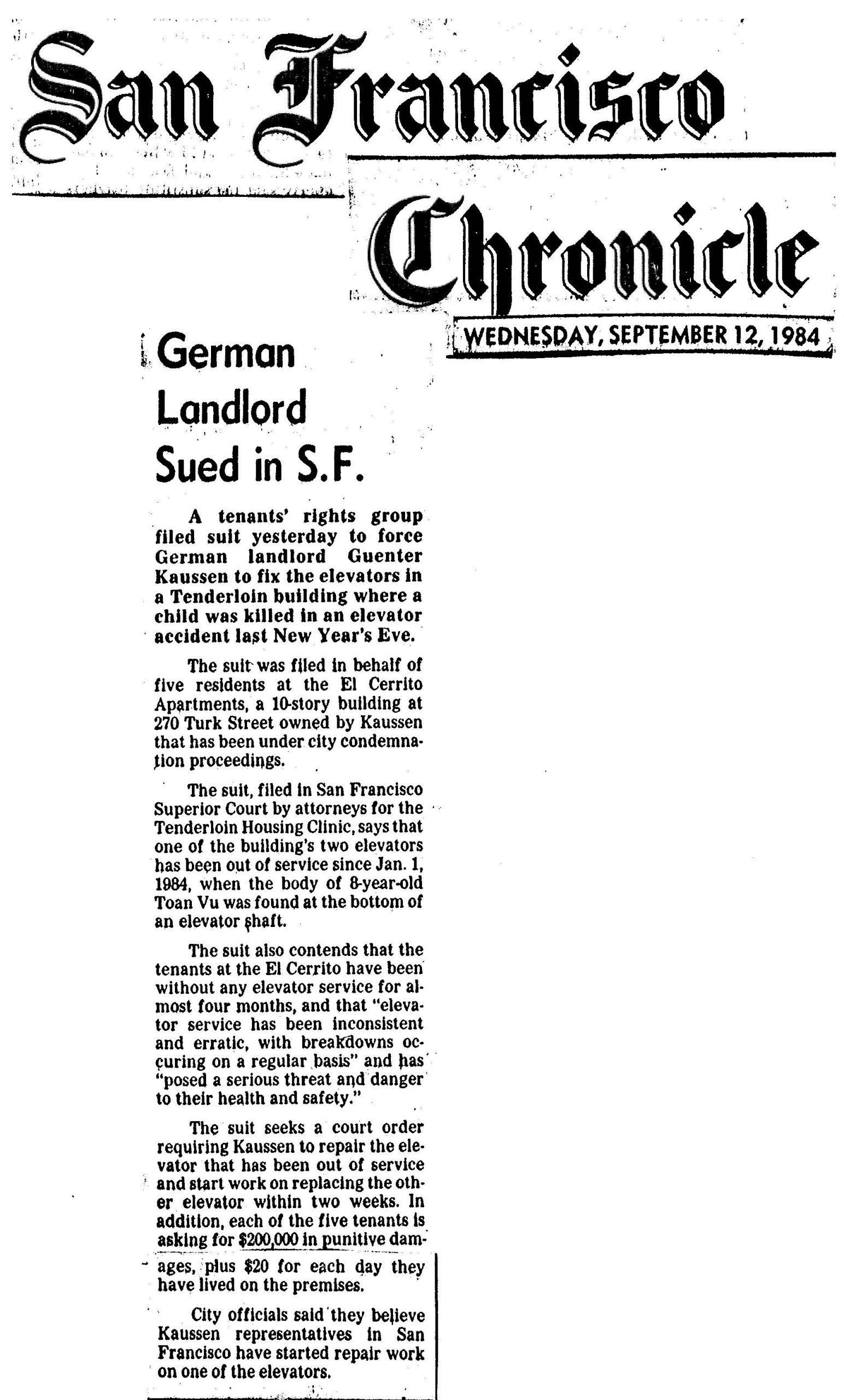 A tenants’ rights group filed suit yesterday to force German landlord Guenter Kaussen to fix the elevators in a Tenderloin building where a child was killed in an elevator accident last New Year’s Eve.

The suit was filed on behalf of five residents at the El Cerrito Apartments, a 10-story building at 270 Turk Street owned by Kaussen that has been under city condemnation proceedings.

The suit, filed in San Francisco Superior Court by attorneys for the Tenderloin Housing Clinic, says that one of the building’s two elevators has been out of service since Jan. 1, 1984, when the body of 8-year-old Toan Vu was found at the bottom of an elevator shaft.

The suit also contends that the tenants at the El Cerrito have been without any elevator service for almost four months, and that “elevator service has been inconsistent and erratic, with breakdowns occuring on a regular basis” and has “posed a serious threat and danger to their health and safety.”

The suit seeks a court order requiring Kaussen to repair the elevator that has been out of service and start work on replacing the other elevator within two weeks. In addition, each of the five tenants is asking for $200,000 in punitive damages, plus $20 for each day they have lived on the premises.

City officials said they believe Kaussen representatives in San Francisco have started repair work on one of the elevators.