Tenderloin Housing Clinic files a class-action suit against Kaussen on behalf of low-income tenants, many of whom are refugees. 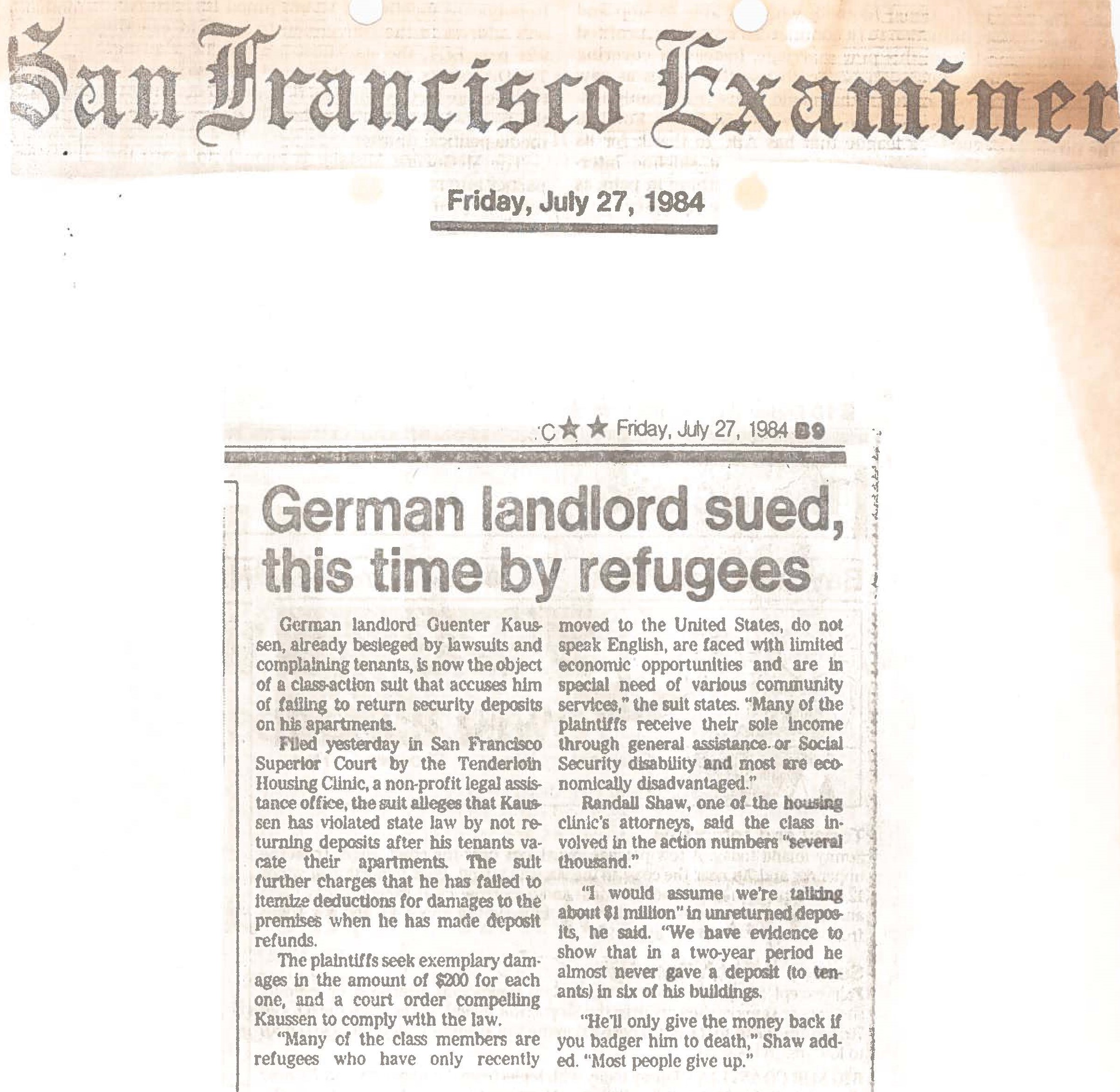 German landlord Guenter Kaussen, already besieged by lawsuits and complaining tenants, is now the object of a class-action suit that accuses him of failing to return security deposits on his apartments.

Filed yesterday in San Francisco Superior Court by the Tenderloin Housing Clinic, a non-profit legal assistance office, the suit alleges that Kaussen has violated state law by not returning deposits after his tenants vacate their apartments. The suit further charges that he has failed to itemize deductions for damages to the premises when he has made deposit refunds.

The plaintiffs seek exemplary damages in the amount of $200 for each one, and a court order compelling Kaussen to comply with the law.

“Many of the class members are refugees who have only recently moved to the United States, do not speak English, are faced with limited economic opportunities and are in special need of various community services,” the suit states. “Many of the plaintiffs receive their sole income through general assistance or Social Security disability and most are economically disadvantaged.”

Randall Shaw, one of the housing clinic’s attorneys, said the class involved in the action numbers “several thousand.”

“I would assume we’re talking about $1 million in unreturned deposits,” he said. “We have evidence to show that in a two-year period he almost never gave a deposit (to tenants) in six of his buildings. He’ll only give the money back if you badger him to death,” Shaw added. “Most people give up.”