San Francisco Superior Court Judge rules that any rental of an apartment space on a daily basis is unlawful.

This being the first legal victory enforcing the apartment conversion ordinance. 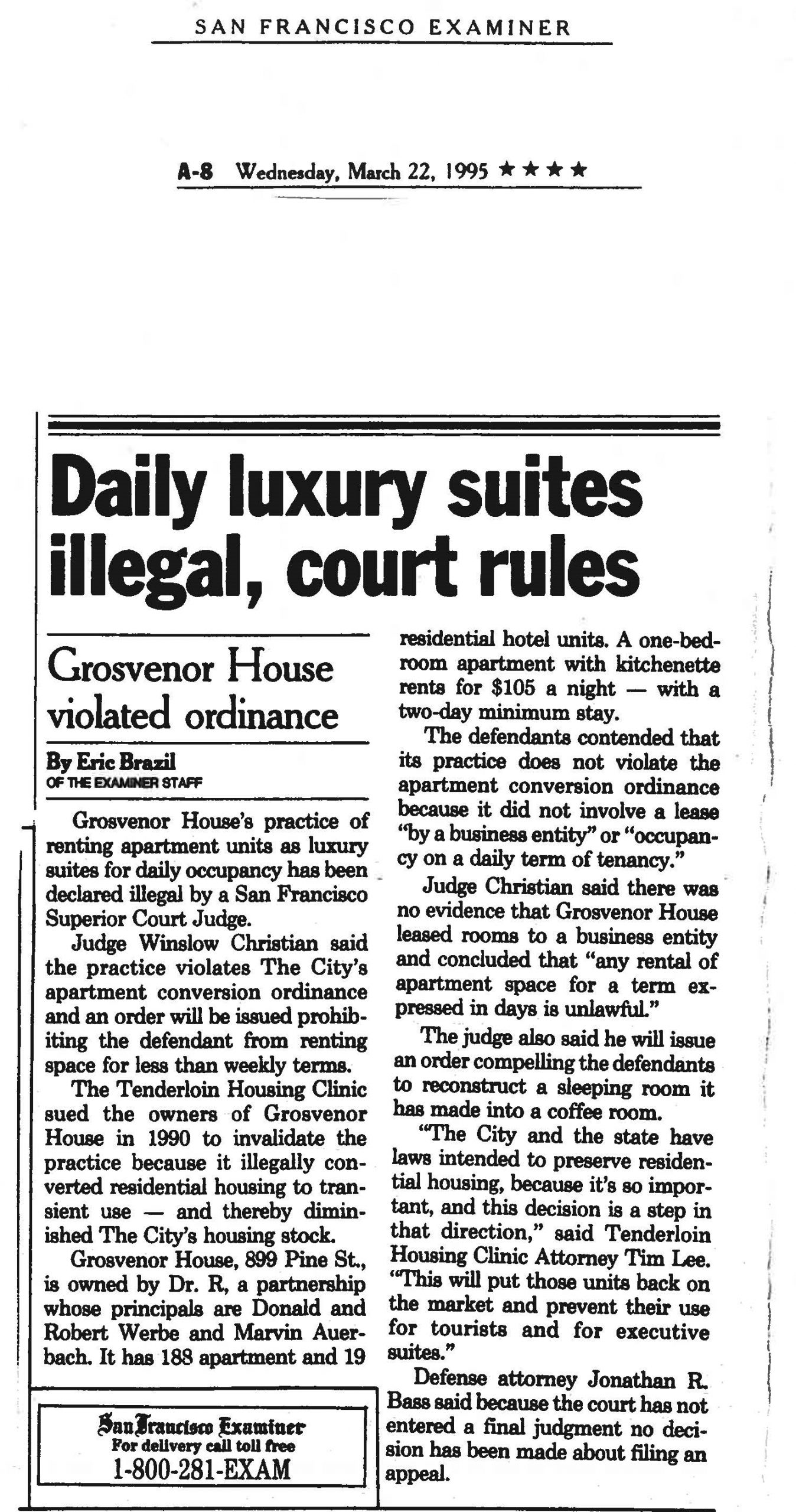 By Eric Brazil OF THE EXAMINER STAFF

Judge Winslow Christian said the practice violates The City’s apartment conversion ordinance and an order will be issued prohibiting the defendant from renting space for less than weekly terms.

The Tenderloin Housing Clinic sued the owners of Grosvenor House in 1990 to invalidate the practice because it illegally converted residential housing to transient use — and thereby diminished The City’s housing stock.

Grosvenor House, 899 Pine St., is owned by Dr. R, a partnership whose principals are Donald and Robert Werbe and Marvin Auerbach. It has 188 apartments and 19 residential hotel units. A one-bedroom apartment with kitchenette rents for $105 a night – with a two-day minimum stay.

The defendants contended that its practice does not violate the apartment conversion ordinance because it did not involve a lease by a business entity” or “occupancy on a daily term of tenancy.”

Judge Christian said there was no evidence that Grosvenor House leased rooms to a business entity and concluded that “any rental of apartment space for a term expressed in days is unlawful.”

The judge also said he will issue an order compelling the defendants to reconstruct a sleeping room it has made into a coffee room.

“The City and the state have laws intended to preserve residential housing, because it’s so important, and this decision is a step in that direction,” said Tenderloin Housing Clinic Attorney Tim Lee. “This will put those units back on the market and prevent their use for tourists and for executive suites.”

Defense attorney Jonathan R. Bass said because the court has not entered a final judgment no decision has been made about filing an appeal.