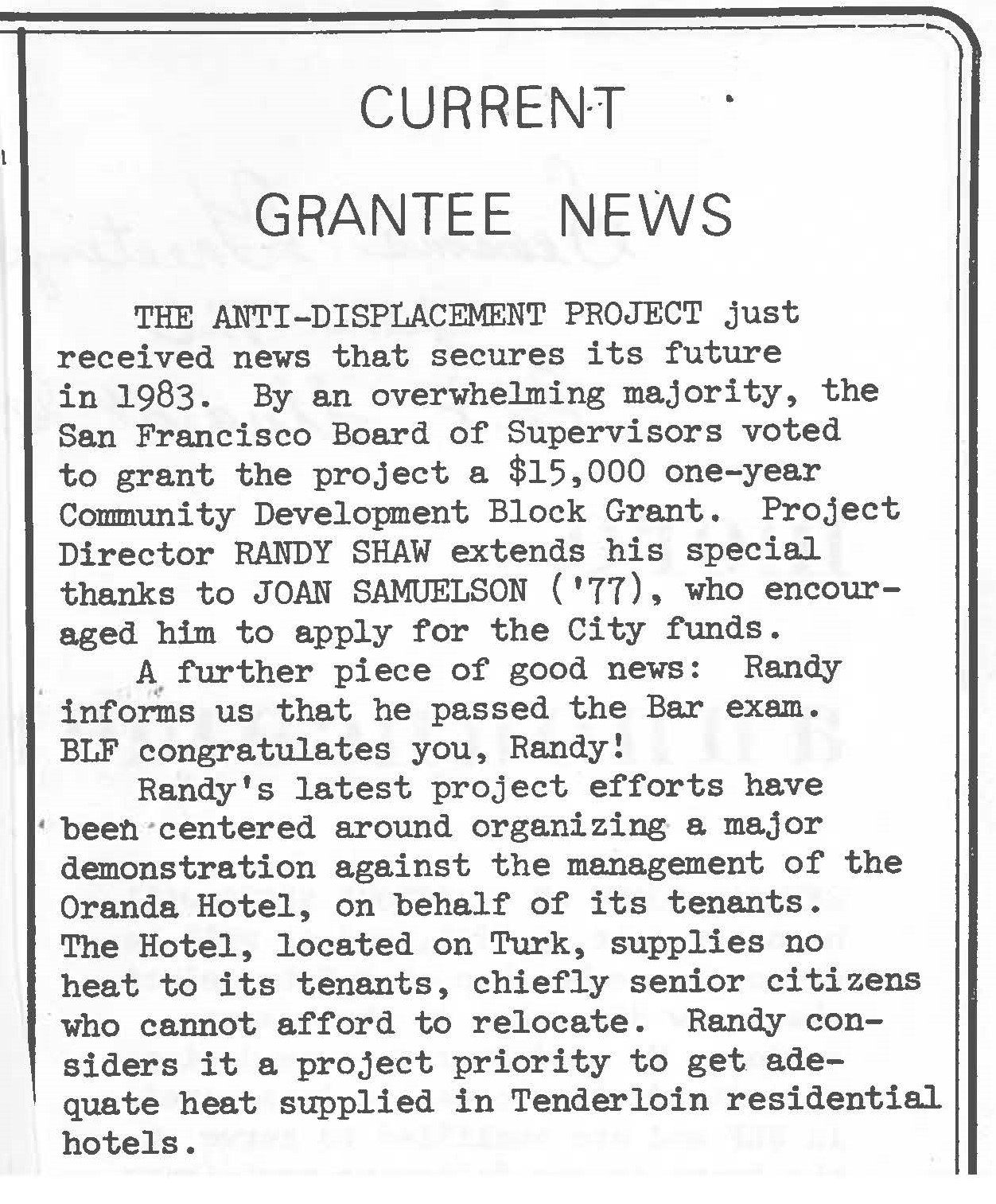 The Anti-Displacement Project just received news that secures its future in 1983. By an overwhelming majority, the San Francisco Board of Supervisors voted to grant the project a $15,000 one-year Community Development Block Grant. Project Director Randy Shaw extends his special thanks to Joan Samuelson (’77), who encouraged him to apply for the City funds.

A further piece of good news: Randy informs us that he passed the Bar exam. BLF congratulates you, Randy!

Randy’s latest project efforts have been centered around organizing a major demonstration against the management of the Oranda Hotel, on behalf of its tenants. The Hotel, located on Turk, supplies no heat to its tenants, chiefly senior citizens who cannot afford to relocate. Randy considers it a project priority to get adequate heat supplied in Tenderloin residential hotels.