A Superior Court judge sides with THC, among others, that the Bureau of Building Inspection must address housing code violations more quickly. 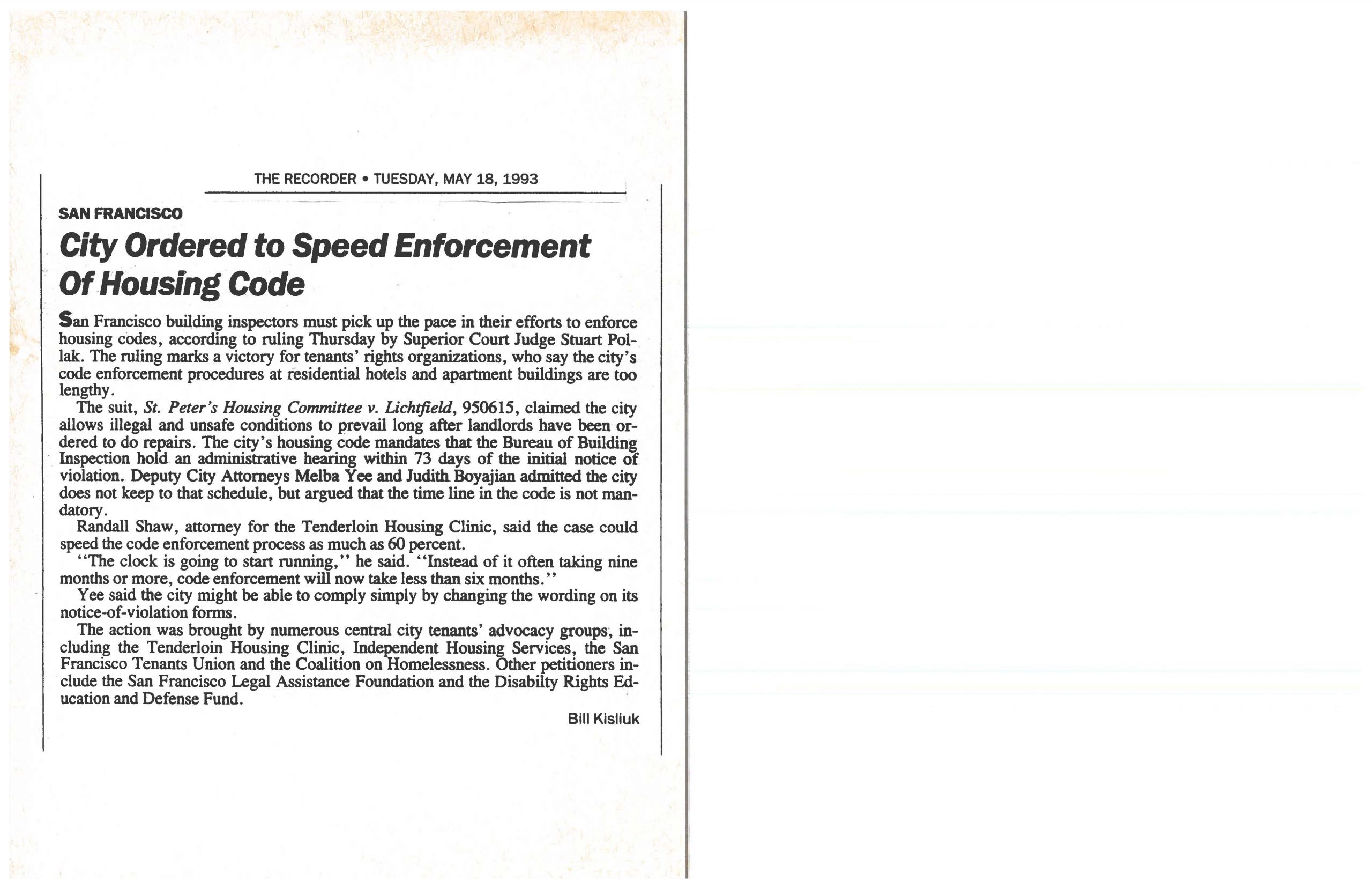 San Francisco building inspectors must pick up the pace in their efforts to enforce housing codes, according to a ruling Thursday by Superior Court Judge Stuart Pollak. The ruling marks a victory for tenants’ rights organizations, who say the city’s code enforcement procedures at residential hotels and apartment buildings are too lengthy.

The suit, St. Peter’s Housing Committee v. Lichtfield, 950615, claimed the city allows illegal and unsafe conditions to prevail long after landlords have been ordered to do repairs. The city’s housing code mandates that the Bureau of Building Inspection hold an administrative hearing within 73 days of the initial notice of violation. Deputy City Attorneys Melba Yee and Judith Boyajian admitted the city does not keep to that schedule, but argued that the timeline in the code is not mandatory.

Randall Shaw, attorney for the Tenderloin Housing Clinic, said the case could speed the code enforcement process as much as 60 percent.

“The clock is going to start running,” he said. “Instead of it often taking nine months or more, code enforcement will now take less than six months.”

Yee said the city might be able to comply simply by changing the wording on its notice-of-violation forms.

The action was brought by numerous central city tenants’ advocacy groups, including the Tenderloin Housing Clinic, Independent Housing Services, the San Francisco Tenants Union and the Coalition on Homelessness. Other petitioners include the San Francisco Legal Assistance Foundation and the Disability Rights Education and Defense Fund.