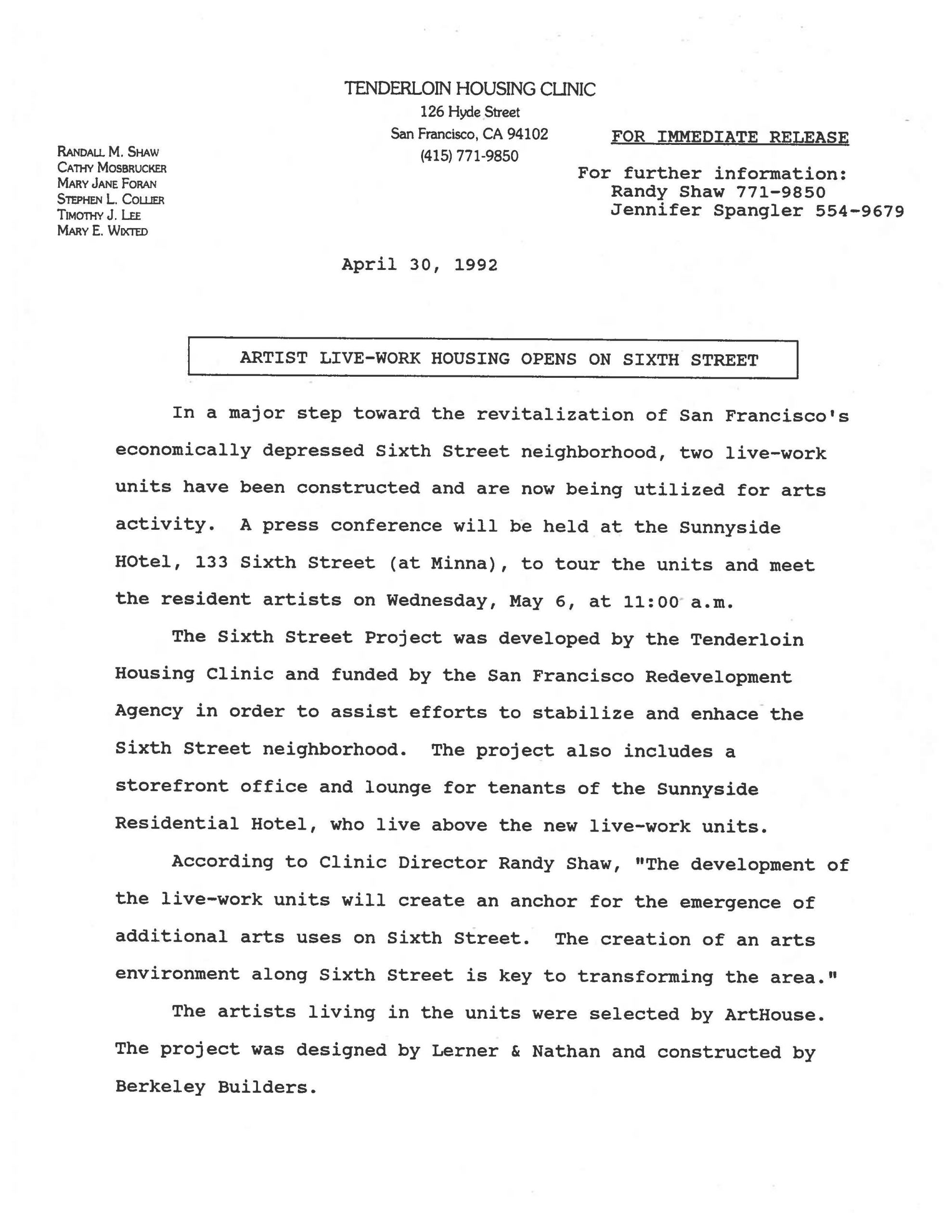 In a major step toward the revitalization of San Francisco’s economically depressed Sixth Street neighborhood, two live-work units have been constructed and are now being utilized for arts activity. A press conference will be held at the Sunnyside Hotel, 133 Sixth Street (at Minna), to tour the units and meet the resident artists on Wednesday, May 6, at 11:00 a.m.

The Sixth Street Project was developed by the Tenderloin Housing Clinic and funded by the San Francisco Redevelopment Agency in order to assist efforts to stabilize and enhance the Sixth Street neighborhood. The project also includes a storefront office and lounge for tenants of the Sunnyside Residential Hotel, who live above the new live-work units.

According to Clinic Director Randy Shaw, “The development of the live-work units will create an anchor for the emergence of additional arts uses on Sixth Street. The creation of an arts environment along Sixth Street is key to transforming the area.”

The artists living in the units were selected by ArtHouse. The project was designed by Lerner & Nathan and constructed by Berkeley Builders.