A report shows 80 million dollars has been spent to clean up 6th Street. Tenderloin Housing Clinic and hotel owners say their issues haven’t been addressed in that spending and their ideas have been ignored. 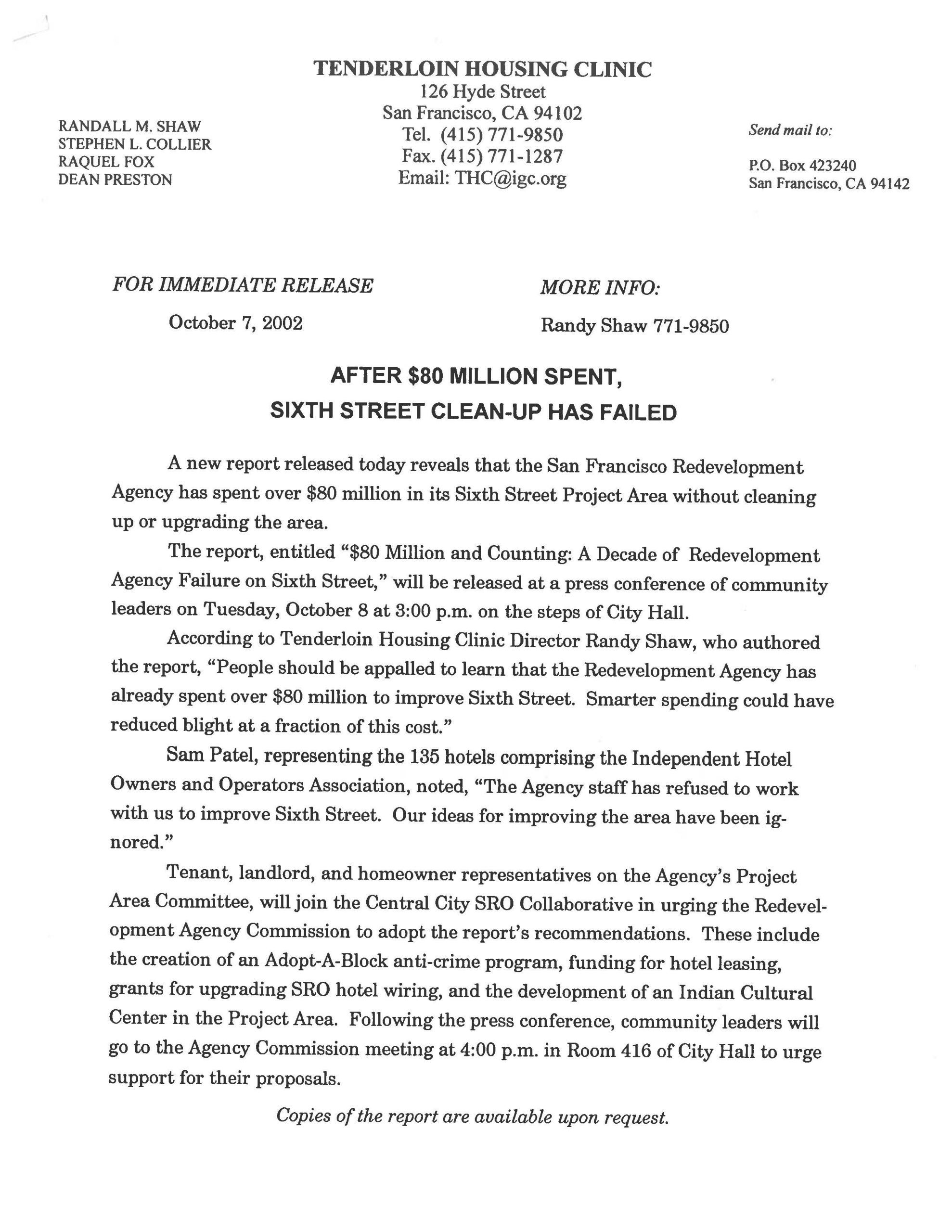 A new report released today reveals that the San Francisco Redevelopment Agency has spent over $80 million in its Sixth Street Project Area without cleaning up or upgrading the area.

The report, entitled “$80 Million and Counting: A Decade of Redevelopment Agency Failure on Sixth Street,” will be released at a press conference of community leaders on Tuesday, October 8 at 3:00 p.m. on the steps of City Hall.

According to Tenderloin Housing Clinic Director Randy Shaw, who authored the report, “People should be appalled to learn that the Redevelopment Agency has already spent over $80 million to improve Sixth Street. Smarter spending could have reduced blight at a fraction of this cost.”

Sam Patel, representing the 135 hotels comprising the Independent Hotel Owners and Operators Association, noted, “The Agency staff has refused to work with us to improve Sixth Street. Our ideas for improving the area have been ignored.”

Tenant, landlord, and homeowner representatives on the Agency’s Project Area Committee, will join the Central City SRO Collaborative in urging the Redevelopment Agency Commission to adopt the report’s recommendations. These include the creation of an Adopt-A-Block anti-crime program, funding for hotel leasing, grants for upgrading SRO hotel wiring, and the development of an Indian Cultural Center in the Project Area. Following the press conference, community leaders will go to the Agency Commission meeting at 4:00 p.m. in Room 416 of City Hall to urge support for their proposals.

Copies of the report are available upon request.