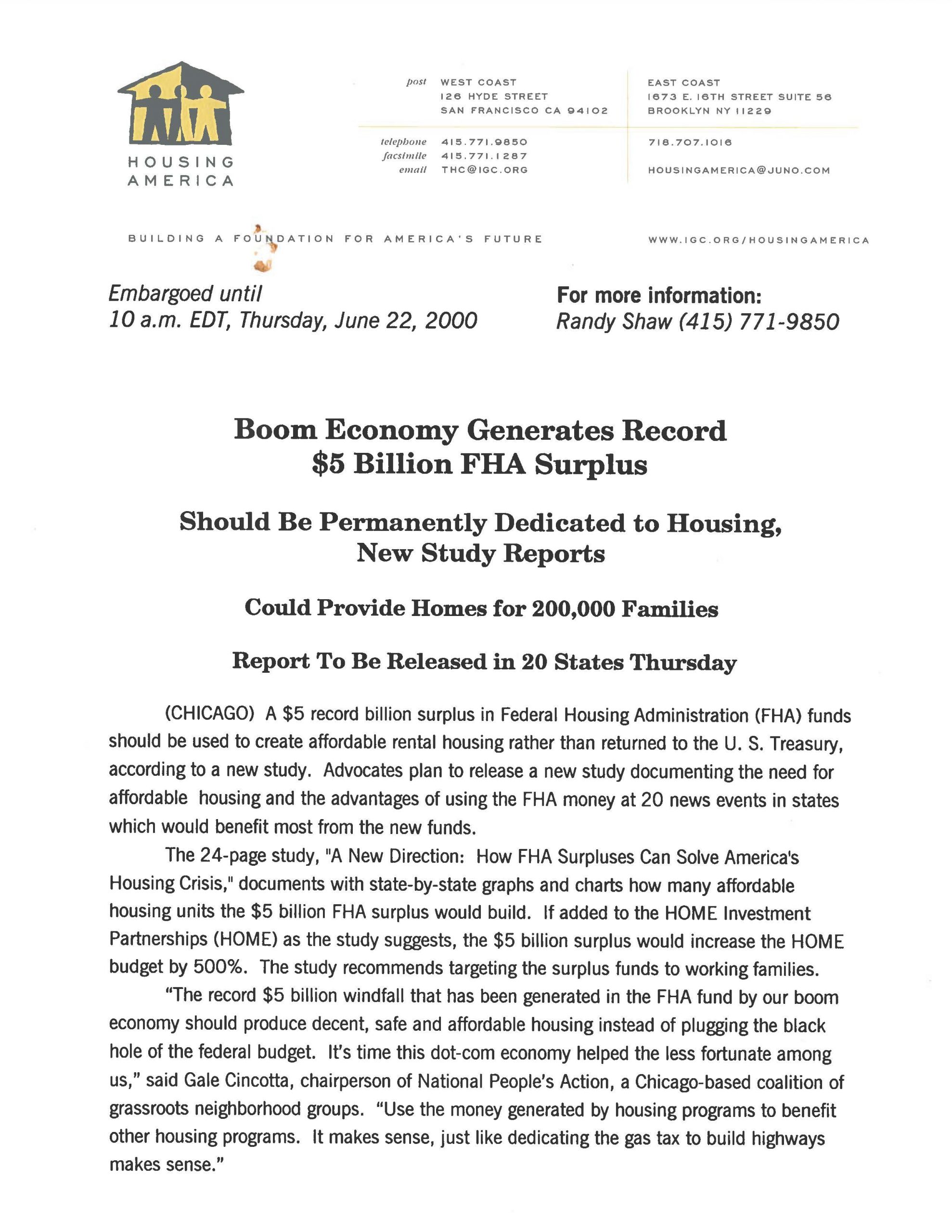 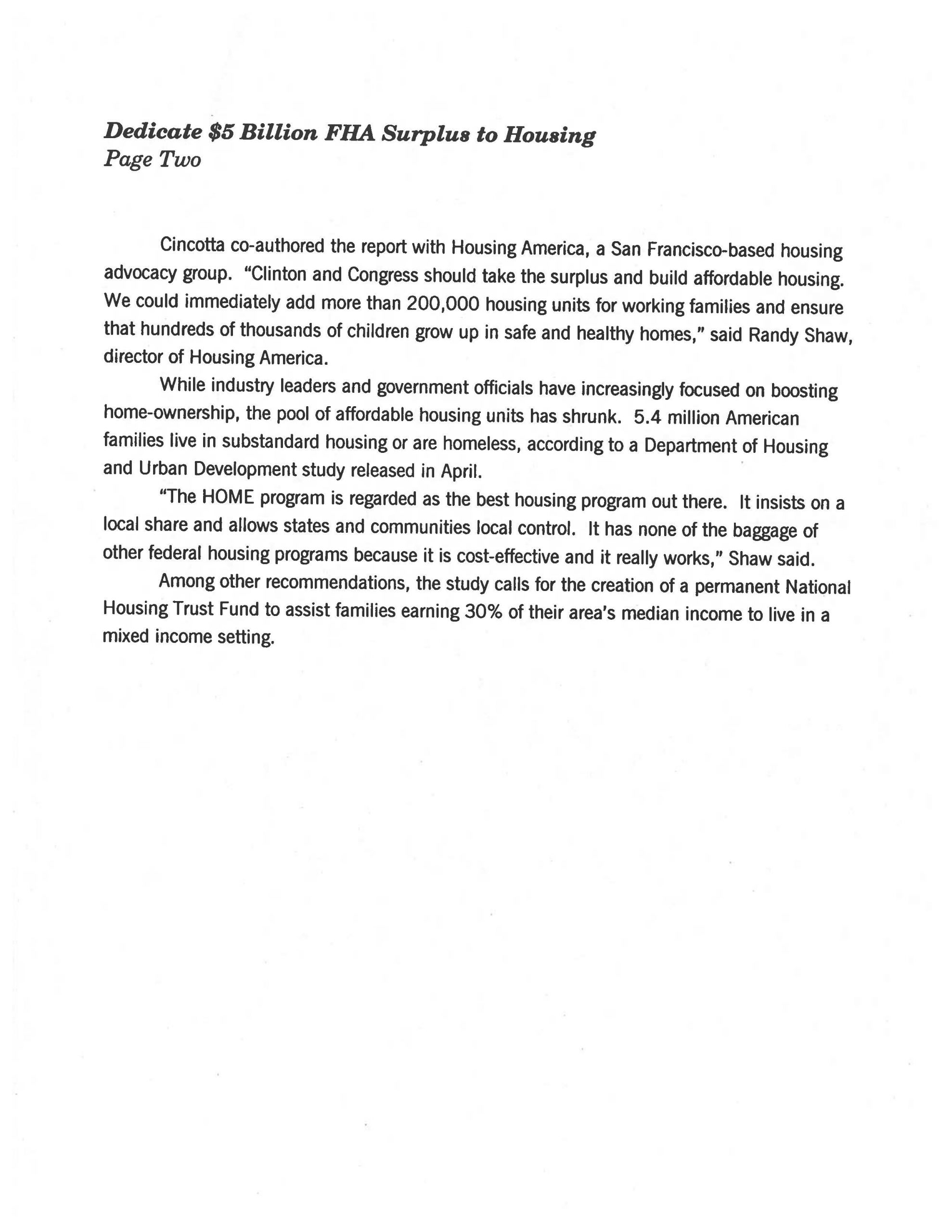 Should Be Permanently Dedicated to Housing, New Study Reports
Could Provide Homes for 200,000 Families
Report To Be Released in 20 States Thursday

(CHICAGO) A record $5 billion surplus in Federal Housing Administration (FHA) funds should be used to create affordable rental housing rather than returned to the U. S. Treasury, according to a new study. Advocates plan to release a new study documenting the need for affordable housing and the advantages of using the FHA money at 20 news events in states which would benefit most from the new funds.

The 24-page study, “A New Direction: How FHA Surpluses Can Solve America’s Housing Crisis,” documents with state-by-state graphs and charts how many affordable housing units the $5 billion FHA surplus would build. If added to the HOME Investment Partnerships (HOME) as the study suggests, the $5 billion surplus would increase the HOME budget by 500%. The study recommends targeting the surplus funds to working families.

“The record $5 billion windfall that has been generated in the FHA fund by our boom economy should produce decent, safe, and affordable housing instead of plugging the black hole of the federal budget. It’s time this dot-com economy helped the less fortunate among us,” said Gale Cincotta, chairperson of National People’s Action, a Chicago-based coalition of grassroots neighborhood groups. “Use the money generated by housing programs to benefit other housing programs. It makes sense, just like dedicating the gas tax to build highways makes sense.”

Cincotta co-authored the report with Housing America, a San Francisco-based housing advocacy group. “Clinton and Congress should take the surplus and build affordable housing. We could immediately add more than 200,000 housing units for working families and ensure that hundreds of thousands of children grow up in safe and healthy homes,” said Randy Shaw, director of Housing America.

While industry leaders and government officials have increasingly focused on boosting home-ownership, the pool of affordable housing units has shrunk. 5.4 million American families live in substandard housing or are homeless, according to a Department of Housing and Urban Development study released in April.

“The HOME program is regarded as the best housing program out there. It insists on a local share and allows states and communities local control. It has none of the baggage of other federal housing programs because it is cost-effective and it really works,” Shaw said.

Among other recommendations, the study calls for the creation of a permanent National Housing Trust Fund to assist families earning 30% of their area’s median income to live in a mixed income setting.