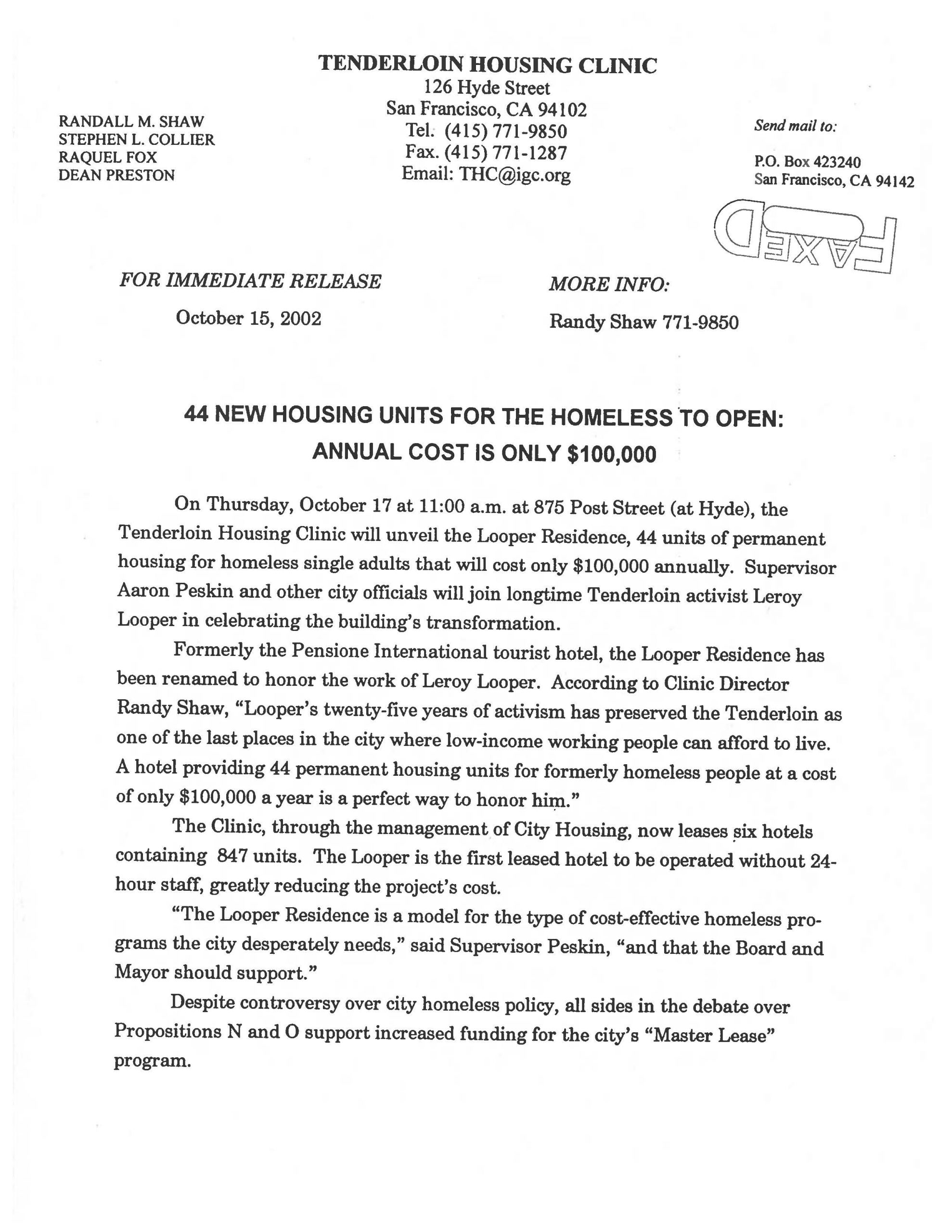 44 New Housing Units For The Homeless Set To Open

On Thursday, October 17 at 11:00 a.m. at 875 Post Street (at Hyde), the Tenderloin Housing Clinic will unveil the Looper Residence, 44 units of permanent housing for homeless single adults that will cost only $100,000 annually. Supervisor Aaron Peskin and other city officials will join longtime Tenderloin activist Leroy Looper in celebrating the building’s transformation.

Formerly the Pensione International tourist hotel, the Looper Residence has been renamed to honor the work of Leroy Looper. According to Clinic Director Randy Shaw, “Looper’s twenty-five years of activism has preserved the Tenderloin as one of the last places in the city where low-income working people can afford to live. A hotel providing 44 permanent housing units for formerly homeless people at a cost of only $100,000 a year is a perfect way to honor him.”

The Clinic, through the management of City Housing, now leases six hotels containing 847 units. The Looper is the first leased hotel to be operated without 24 hour staff, greatly reducing the project’s cost.

“The Looper Residence is a model for the type of cost-effective homeless programs the city desperately needs,” said Supervisor Peskin, “and that the Board and Mayor should support.”

Despite controversy over city homeless policy, all sides in the debate over Propositions N and O support increased funding for the city’s “Master Lease” program.